I was born three months premature; I weighed all of two pounds and one ounce. My parents were told I wouldn’t live. I kept on living, though, and after a good amount of time in the NICU, came home.

It didn’t take long for my parents to realize that I was blind. Now, considering how small I was and that NICU technology was still being fully developed, to only have blindness to deal with, was a pretty amazing gift.

This was taken shortly after I was born. 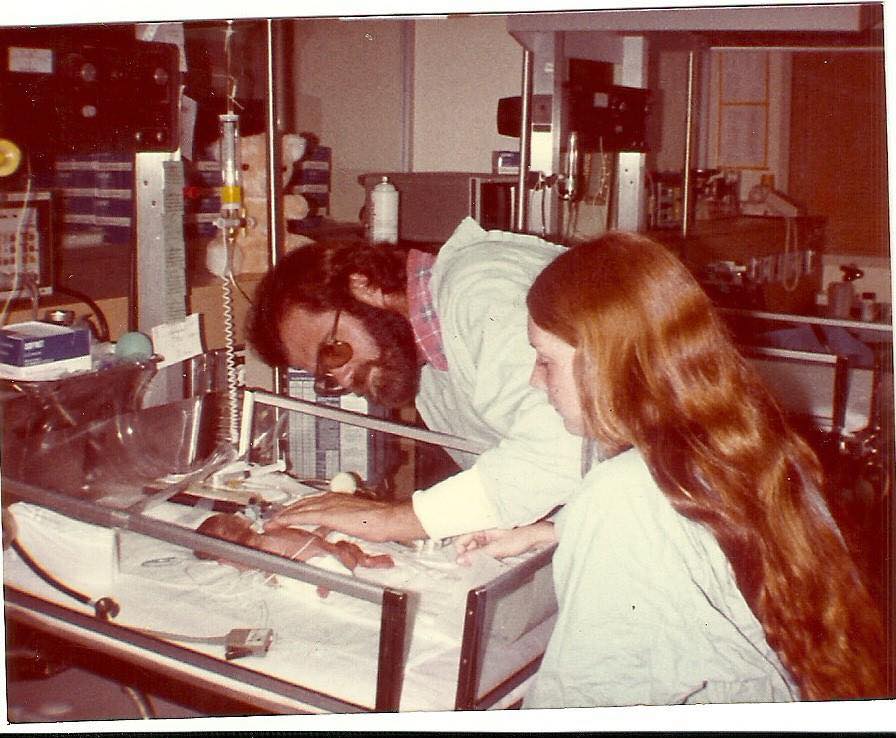 So I grew up the only blind member of my family. I learned to read braille, use a cane, and other such expected alternative techniques to living life without sight. I went to public school and was the only blind person in my high school. After high school, I attended a training center where I learned basic independent living skills. I also was able to do some pretty exciting things while there, things that now, in my mid-30s, I can’t believe I did. These activities included whitewater rafting, flying a small Cessna plane, and repelling.

This is me around age 7, using my Perkins braille writer to do schoolwork. 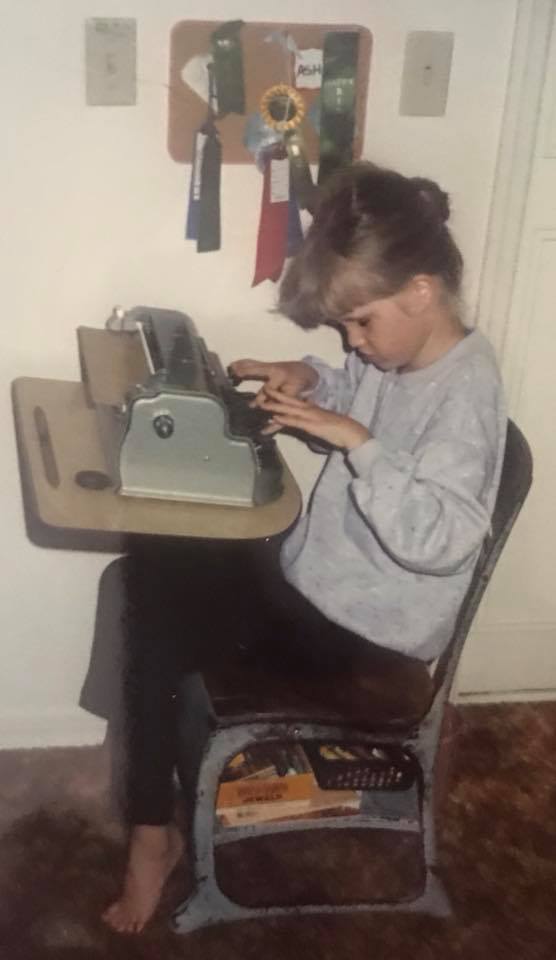 After college, I went to work as a case manager at a shelter for families dealing with homelessness, where I was the only blind staff member. This led to some amusing moments, like when a client tried to sneak food into their room (something against our policy) and assumed I wouldn’t know because of my blindness. They picked a poor food choice for this plan however, as fried chicken has quite a potent aroma.

Outside of work, I became involved with disaster relief efforts through my church, becoming a certified chainsaw operator. Don’t worry, the only thing that ever got the end of the saw was the trees that had fallen on people’s property. Most of the time, I cleared brush and other debris, although the times running the chainsaw, I’ll admit, were pretty fun! 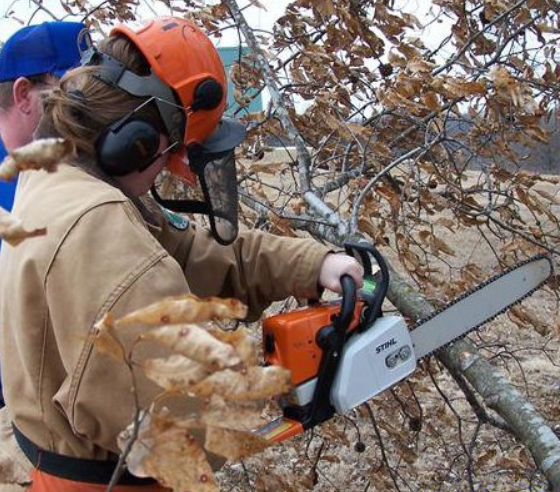 But I can honestly say that none of these things have prepared me for life as a blind mother, who has, so far, ended up raising blind children. And in case anyone is wondering, no my blindness isn’t genetic and no we didn’t plan to only raise blind children. My husband (who is sighted, for anyone curious) and I had wanted to adopt for a long time, but we never had enough financially or lived in the right living situation. This finally changed a few years ago. Some good friends of ours suggested that we consider special needs international adoption, particularly blindness. We honestly hadn’t even considered this, but it made a lot of sense.

So we started looking into things and quickly realized that this was not going to be easy. Many countries would not work with us because of our income or my blindness. We finally found an agency that had a new program in Eastern Europe; they said we would hear within two months if we would be accepted.

So when they called us back the next day, we were shocked! They said there was a little girl who was blind, that the country contact thought we would be a perfect family for, because of my blindness, the very thing that had held us back from so many other countries! I still remember the excitement, joy, shock, and utter terror of that moment, when we committed to bringing her home. As we filled out the paperwork — and there was plenty of it, I worried. How would I change diapers, feed her without making a huge mess, bathe her? All the crazy things I had done in my life before kids felt like nothing to these challenges. Could I really be a good and safe mother to her without having vision?

And when she came home, you know what happened? I made messes. I struggled. She and I both cried. She and I were both tired. But I learned. I found a routine. I asked for help when I needed it. I found ways to make it work. I grew in my confidence as a blind parent.

When our good friend sent us the profile of the boy who is now our son, I started to worry again. How could I handle two? Would I be able to safely help him with his mobility issues, that were due to his cerebral palsy? And just like before, we all learned together. I found a new rhythm and routine and we are making it work.

This is the first picture of all 4 of us together. 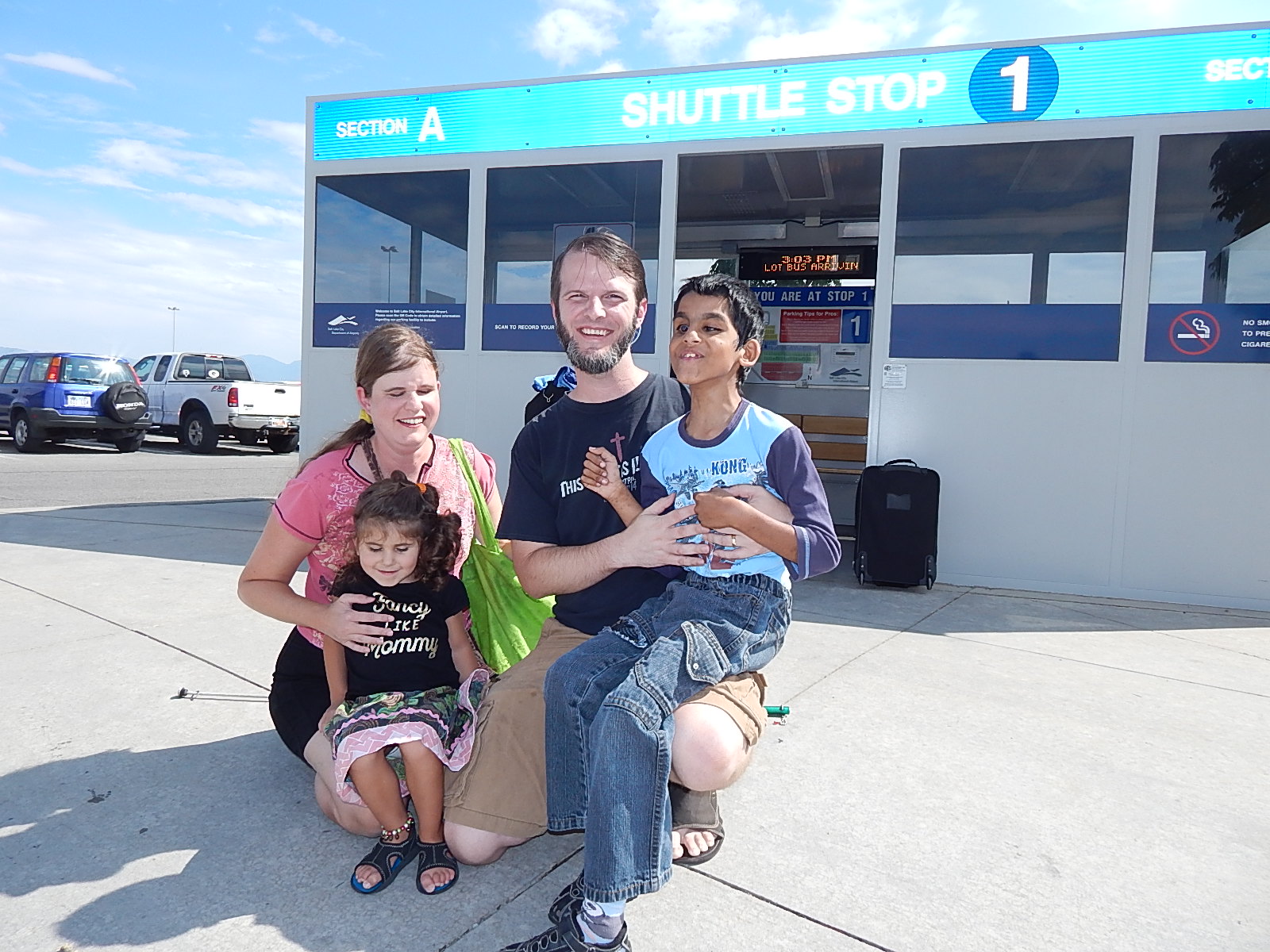 I have been given a chance to relate to my children in a very unique way. I truly do understand their blindness. I am teaching both my children how to read and write braille and my daughter is learning how to navigate with a cane. While we still have a lot of work to do in this area, I am thankful that she no longer just swings it around like a sword. I’d say that’s progress. As my son’s balance and strength improve, I will get to see him learn to do this too. I have been given a rare opportunity. It has been worth all the self-doubt, worry, and struggle, like the rarest and beautiful things in life usually are. 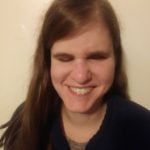