Pet adoption is a beautiful thing, especially when it leads to a happy ending for animals who’ve had a tough start to life.

OJ is a blind dachshund who’s about 12 years old. The little guy manages to get along okay, but only because he’s got help in the form of a 90-pound pit bull named Blue Dozer. Dozer acts as OJ’s guide dog, leading the smaller pup on their walks and generally being his number one snuggle partner. 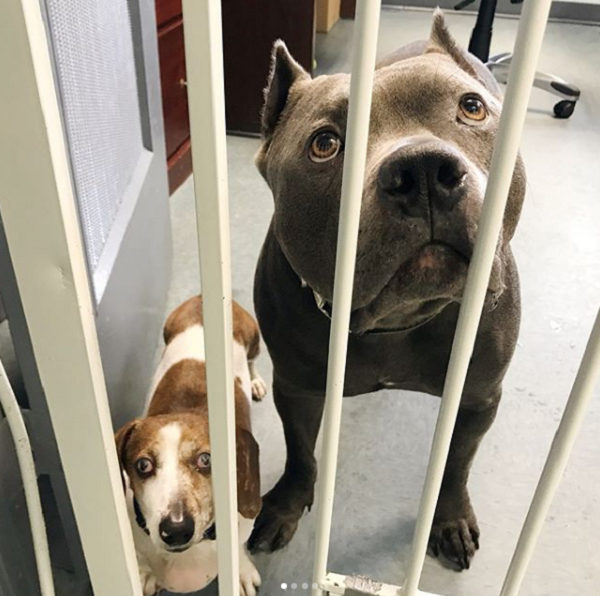 The two are inseparable, so when their owner became homeless and they wound up at the Richmond Animal Care and Control (RACC), the shelter knew they’d have to be adopted out together. 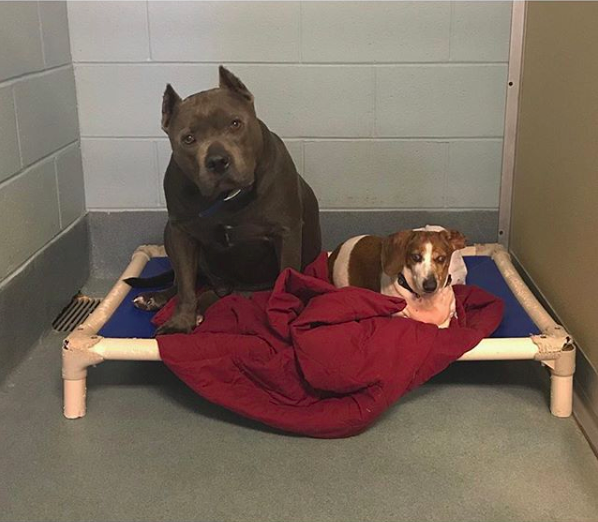 RACC was successful in finding the two buddies a new home, but just days later, poor OJ was found wandering on a back road, about 100 miles away from Richmond. Dozer was nowhere in sight. 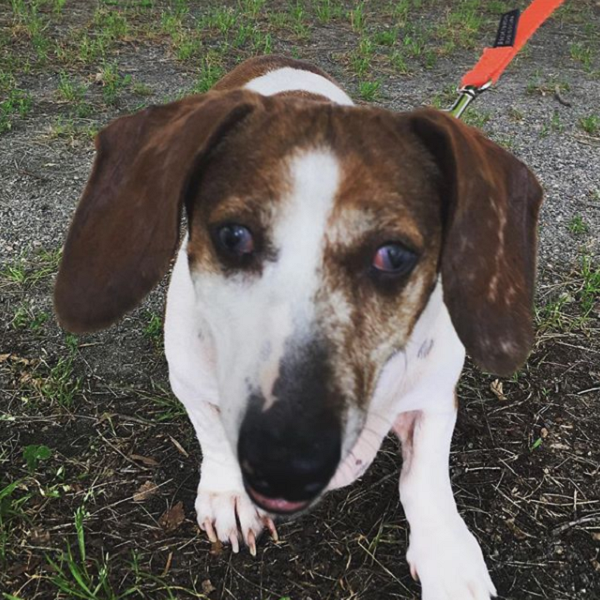 “Usually bond pairs… they’re bonded for a reason,” said Tracey Meadows, interim shelter director at Shenandoah Valley Animal Services Center. “Whether it be for emotional support or they’ve lived together their whole life.”

Tracey used OJ’s microchip to track down the woman who had adopted him. “She said ‘so and so’ was supposed to be watching him. She went on to say that she didn’t want him because he bites,” Tracey said. 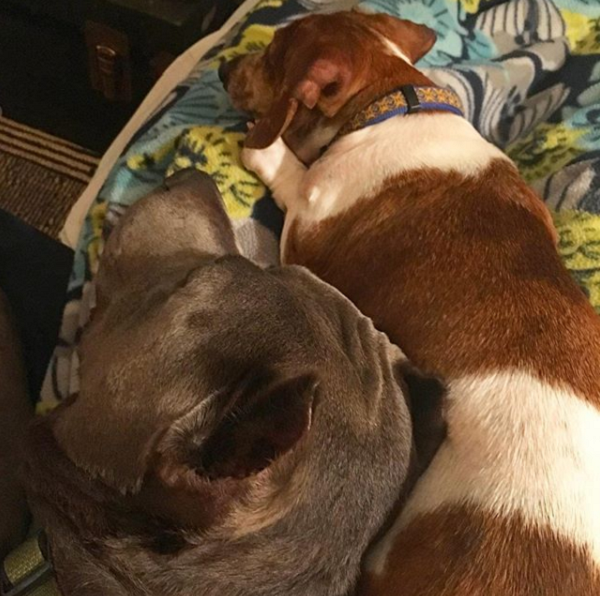 When a volunteer posted a picture of OJ to the shelter’s Facebook page, several people recognized the dog as being a part of a bonded pair. Tracey was outraged when she discovered that OJ’s new owner had attempted to separate the dogs, especially since he’s handicapped and relies on Dozer more than most pairs. 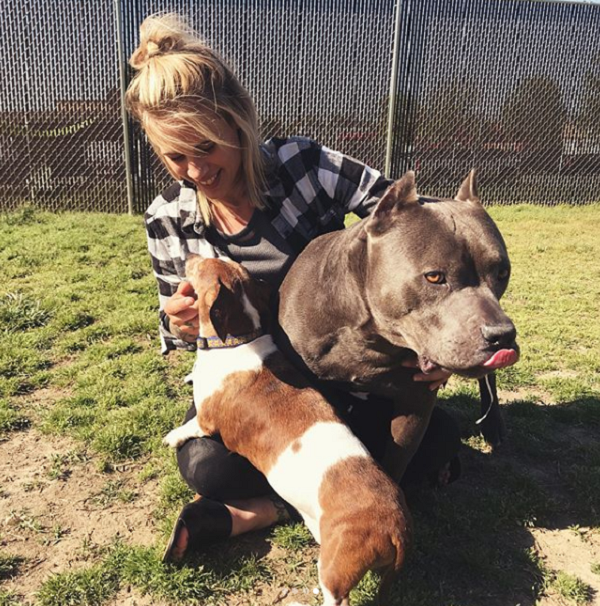 “It was brought to our attention he was adopted on Sunday as a bonded pair,” Tracey said. “I was very upset. I felt like I had been lied to.”

Thanks in part to the public outcry on social media, the woman who originally adopted the dogs surrendered the pit bull back to the shelter. OJ and Dozer were so relieved to be together again, they couldn’t stop cuddling! 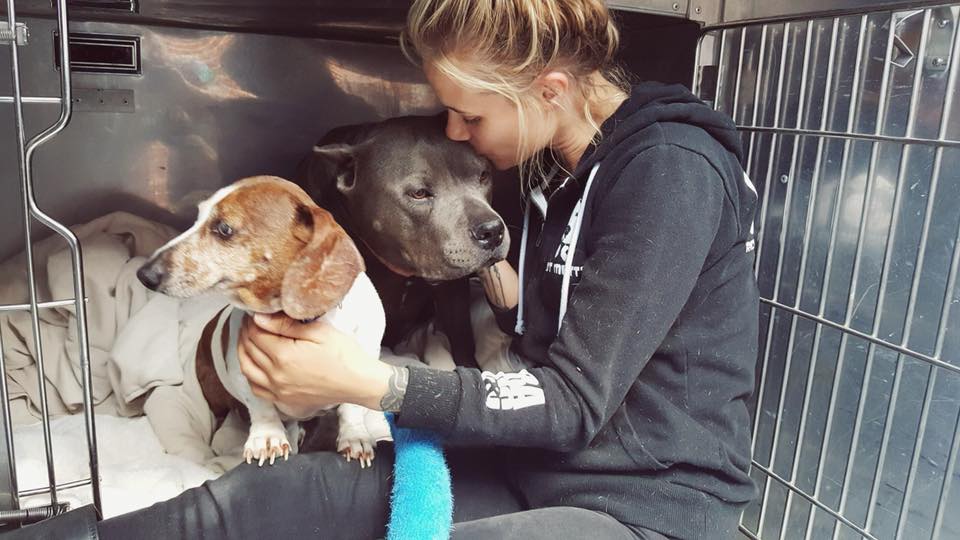 “I am very glad to announce that both OJ and Blue Dozer have just been reunited and are safely back at RACC,” the shelter stated on Facebook. “The only thing that matters is these sweet dogs get to stay together – and in the end that is what we have.” 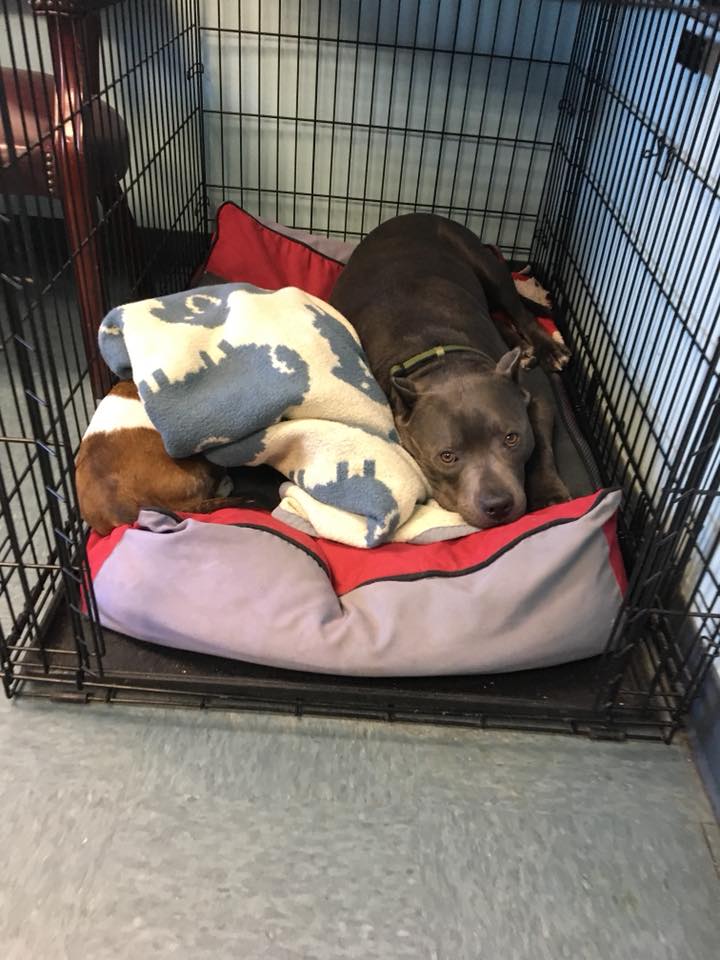 Once Dozer and OJ were safely reunited, RACC began looking for a new home for them, yet again. This time, the eyes of the entire community were on them, and everyone was pulling for the pups to find the perfect forever home. 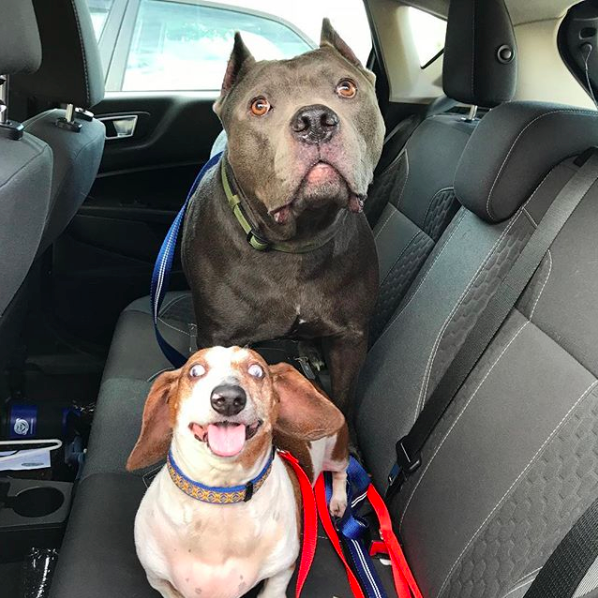 The shelter found the perfect family for the two dogs; one that understands OJ’s special needs and pledged to take care of both dogs, no matter what. The new owners even started a brand new Instagram page so that the loving public could continue to monitor their progress. 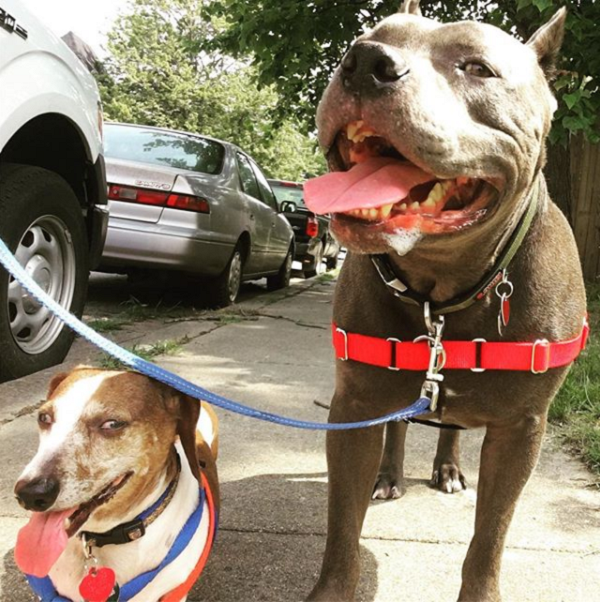 Judging by the photos on their new page, we’d say these are two happy doggos! We do love a happy ending, and these two definitely deserve a warm, stable family to call their own.

Please share this story to say thank you to the shelter workers who work tirelessly, day after day, to find animals like OJ and Dozer a home.