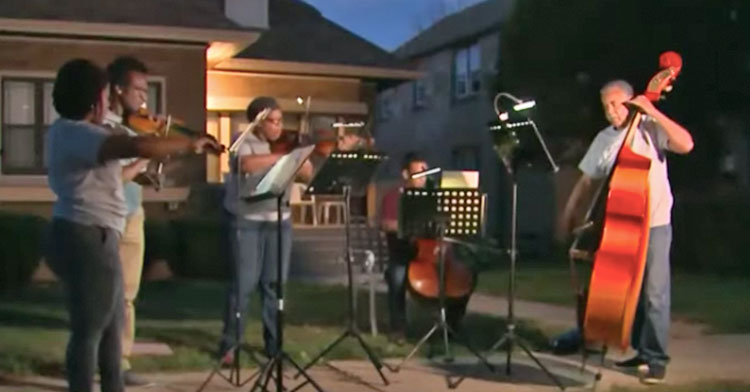 Musicians Perform At Crimes Scenes To Bring Healing To Commu...

Music has the power to move, inspire, and comfort us. Many refer to it as medicine for the soul — a healing force that can reach inside and touch our emotions like nothing else can. Even in our darkest moments, serenity can be found listening to beautiful melodies that convey what we can’t.

That’s the inspiration behind the Black String Triage Ensemble, a group of musicians dedicated to helping their neighbors heal after tragedy. 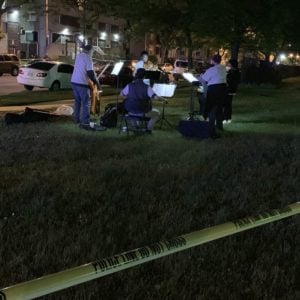 The ensemble is composed of string musicians ranging from 11-75 years old. All members are people of color who came together after experiencing gun violence in their communities. Those experiences are also the reason they perform at crime scenes around Milwaukee, Wisconsin.

Their goal is to comfort people in neighborhoods affected by shootings. The idea came to the group’s founder, Dayvin Hallmon, while he was researching how music can bring peace to the dying. 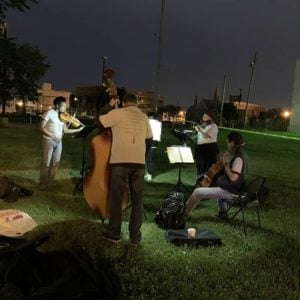 Dayvin told WISN their performances aren’t meant for the families of the victims because their path to healing looks different and takes much more time.

But for everyone else in the neighborhood, people who live next door, down the street, maybe there’s somebody that owns a store, everybody that’s in that space is now devastated in some way by this impact. So there has to be something that sweeps that away, sweeps those ashes away, so they don’t carry them home.

On select days, the group stays on call, ready to respond if tragedy strikes in their area. If it does, they take their instruments to the site of the shooting and put on a concert after police leave.

Recently they played classical songs outside a home where a man was shot earlier that day. Fortunately, his injuries weren’t life-threatening, but it wasn’t their only stop that night. 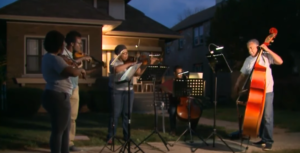 Ultimately, the ensemble hopes their work will help others appreciate humanity and how special it is to be alive. In the meantime, they’ll always be there with a song for the people who need comfort the most. And they’re always looking for new members, so if you’re interested, you can contact them on Twitter.

Learn more about the Black String Triage Ensemble in the video below, and share to spread their healing music to more ears.