If you’re familiar with the Great Lakes, you know they’re relentless and dangerous in the winter. The huge bodies of water in Michigan reach temperatures well below freezing and pose a serious threat to any living creature that ventures onto them.

But for one brave group of bird watchers, the reward was worth the risk. They headed into the frigid weather to see some of the world’s most beautiful birds… and didn’t leave until they’d saved one’s life. 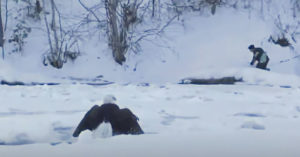 While they were out enjoying the wildlife, they spotted four bald eagles and realized one was struggling to fly. Upon further inspection, they saw a giant chunk of ice had frozen onto its tail. Because of the extra weight, it couldn’t take off or look for food.

The bird watchers immediately took action by calling a local nonprofit that rehabilitates raptors, Wings of Wonder, for help. As soon as the rescue team arrived, they carefully guided the eagle to shore and transported it to a care facility. 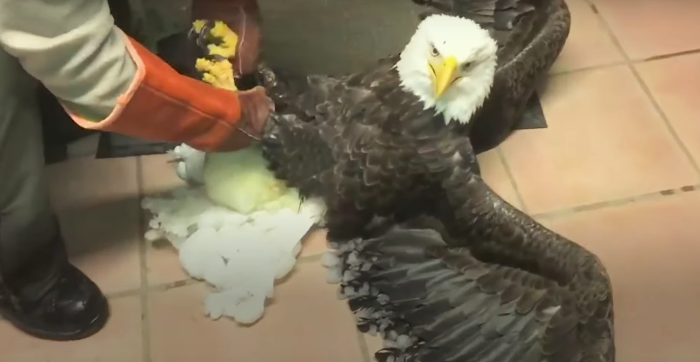 Once there, they found the ball of ice stuck to the eagle was 8 inches wide. Taking every precaution, the rescuers slowly melted the ice away and made sure the bird didn’t have any hidden injuries.

After receiving more care and relaxation, the bald eagle was able to soar through the air just three days later. 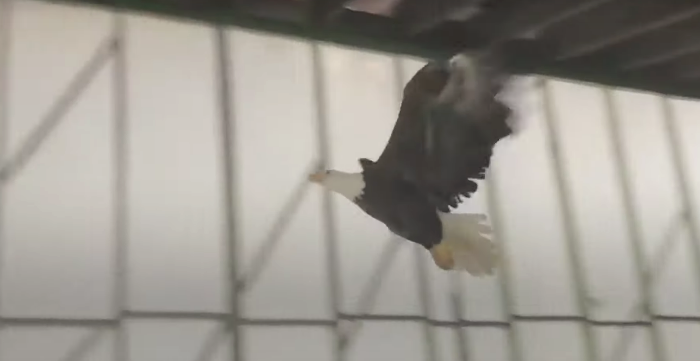 To celebrate the successful rescue and raise awareness, the organization arranged for a public release back into the wild. That day, hundreds of people showed up to watch the majestic bird fly free. 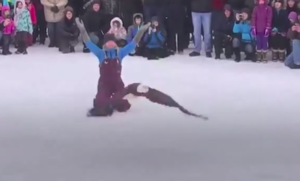 For many of the onlookers, that was the first and potentially only time they’ll witness the beauty of a bald eagle. And it was all thanks to a group of dedicated bird watchers who didn’t let the cold keep them from their passion!

Check out the video below to watch the daring rescue, and don’t forget to share this story with your friends.