Birthday parties and presents are simple pleasures every child deserves to enjoy. But some struggling families can barely afford to feed their kids, let alone throw a party.

It’s a tough reality Pennsylvania mom-of-four Megs Yunn came face-to-face with while volunteering at a local after-school program in 2011. She met a little girl named Beverly, who told Megs she never had a birthday party before. It broke her heart. “As a mom I can’t imagine not being able to provide for them, support them, or celebrate them,” she said. 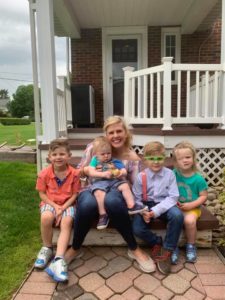 But that’s when Megs realized she could make a difference. She could bring birthday parties to children in need. Thus, her nonprofit Beverly’s Birthdays was born.

Since 2012, the organization has worked with 68 social service agencies and 88 low-income schools to provide birthday celebrations for homeless and underserved youth in Pittsburgh. 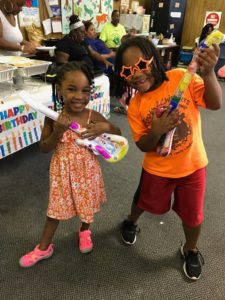 Now they celebrate 30,000 birthdays each year, giving children the balloons, gifts, and fun-filled experiences they’ve always dreamed of having. 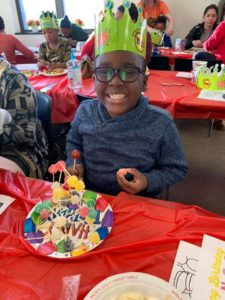 But they don’t just organize parties. Volunteers, including adorable little helpers, put together “cheer bins” to give out as presents.

“You get a big gift, a smaller gift. We customize them, we always put a toothbrush and toothpaste, and then we put coloring books and crayons,” Megs said. “We have a birthday workshop assembling birthday packages, which is super fun.” 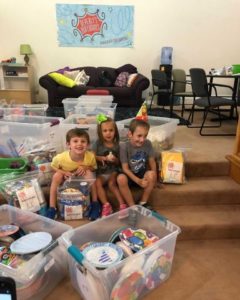 Megs has gotten so much joy out of bringing smiles to children’s faces, and now, she’s hoping to spread it by getting more of the community involved. She encourages anyone interested in helping to call the organization at (724) 590-5106, or get in touch through Facebook. In the meantime, she says she’s just getting started. 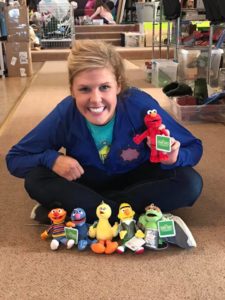 “I get to wake up every day and help people know that they matter,” she said. “I have the job of celebrating people, that’s so cool.” 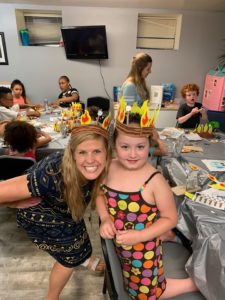 This has to be one of the most rewarding jobs in the world. Not only is Megs making children’s birthdays special, but she’s helping their parents as well! It’s no wonder she’s always smiling.

Learn more about this wonderful organization and its mission in the video below, and share to spread the word!

Share your story & inspire the world.
If you have an uplifting story we would love to hear about it! Share it with us here