Special needs haven’t stopped Liza James from living a happy, fulfilling life. Her mom Beth makes sure of it.

The 23-year-old from Crested Butte, Colorado can’t walk or speak and needs assistance with just about everything. But her smile remains bright enough to warm anyone’s heart, and she’s accomplishing things other people can only dream of with Beth by her side! 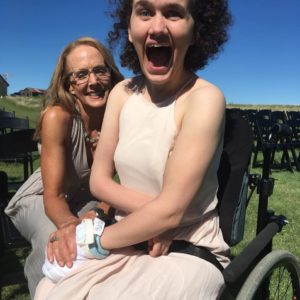 Liza was just 6 years old in 2004 when her world changed forever. Their family was driving home from a Fourth of July party when they got into an accident. During the collision, Liza hit her head, which sent her into a coma for two months.

While she eventually woke up, she had suffered a traumatic brain injury. To make matters even more difficult, her sweet mom developed a noncancerous brain tumor a few months later. Fortunately, Beth was able to have the tumor removed, but she said it was a wake-up call. 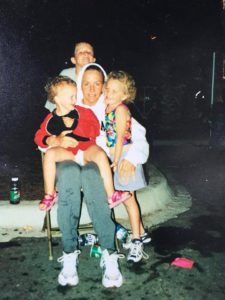 “I thought, ‘Beth, you need to get up. You need to care for the children. You need to go for a run,'” Beth told GMA. So she did. Over the following months, she worked her way up to completing a marathon. Something was missing though: She wanted to bring Liza along for the ride! So she found her daughter a racing chair. 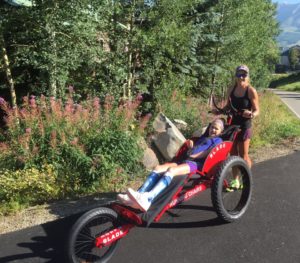 Over time, the two of them covered longer and longer distances, with Liza always asking for more. “Even though Liza cannot speak, she can communicate,” Beth explained. “She immediately told me, ‘Don’t stop, Mom. Don’t slow down, Mom. Let’s go.”’

Thanks to Liza’s encouragement, this year they became the first mother-daughter team to enter the Ironman World Championship. It’s a grueling 17-hour competition consisting of a 2.4-mile swim, a 112-mile bike ride, and a 26.2-mile run — that’s 140 miles altogether!

Beth pulled Liza along in a float during the swimming portion, then rode tirelessly with the racing chair attached to her bike. And while they didn’t make the cutoff time for the marathon portion, they weren’t worried. After all, they’ve completed triathlons before, so they’ll find other opportunities to compete in the future. 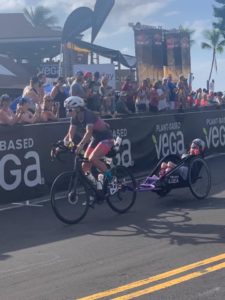 What’s important is that they’re out living life together and enjoying every second of it. That’s what Beth wants people to take away from their story.

“Life is a gift,” she said. “Each and every moment of each and every day is priceless. Don’t ever take it for granted.” 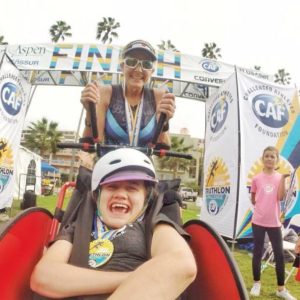 We’re so impressed by the bond these two share! They have such an amazing story of love, perseverance, and commitment that everyone can learn from.

Watch the mother-daughter athletes in action below, and don’t forget to share.