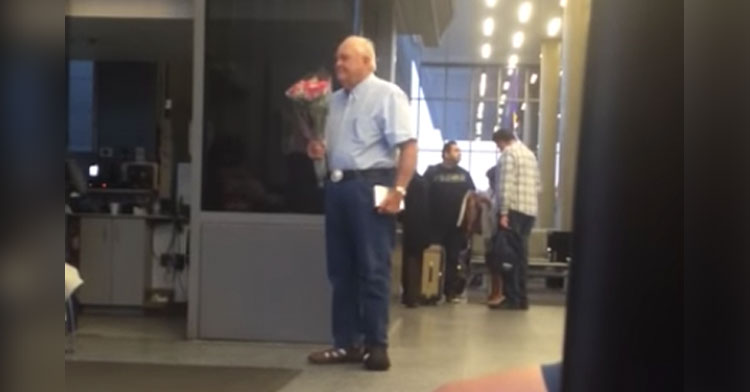 Elderly Man Waits For Wife At Airport — Has No Idea Their ...

One of the best parts of air travel is people-watching at the airport.

There’s something about sitting among people from all walks of life that is so interesting! YouTuber Valerie Jane was doing just that as she waited at the Van Nuys FlyAway terminal at LAX in Los Angeles, California, when she spotted one man who stood out from all the rest. 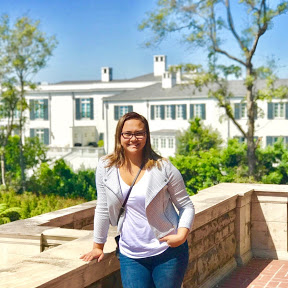 Bernard Mills, age 80, stood at the edge of the room holding a bouquet of flowers and a box of chocolates. Valerie thought Bernard looked so adorable standing there clearly waiting for his loved one to return to him that she pulled out her phone and began to record him, hoping to catch their reunion on tape.

“As I was waiting to get onto the bus at Van Nuys Flyaway, I notice this old man standing with roses and chocolates in his hand waiting for his wife to come from the airport,” Valerie wrote. “This shows the epitome of love. My heart melted and it showed me that this kind of love exists.” 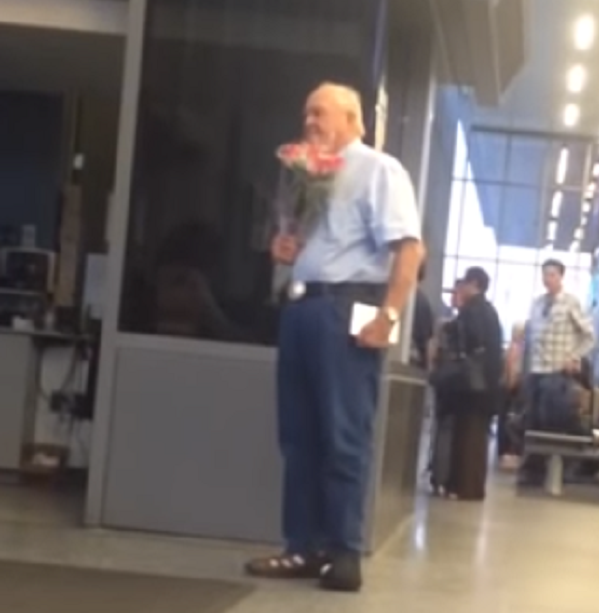 Bernard was indeed waiting for his wife, Carolyn, to return from a trip she’d taken to Delaware to attend a wedding. Yet in a sweet twist, Bernard and Carolyn had not been married for decades as we would have expected. Rather, both Carolyn and Bernard lost their spouses after nearly 50 years of marriage each.

In 2007, the couple met through dating website eHarmony and they got a second chance at love and devotion. Bernard and Carolyn were still newlyweds having just celebrated their fifth wedding anniversary!

Perhaps that’s why Bernard was waiting so eagerly to see his bride once more. When Carolyn finally appeared she wasted no time in rushing into his waiting arms, sharing a warm embrace as Valerie and other bystanders sighed and said, “Aw!” 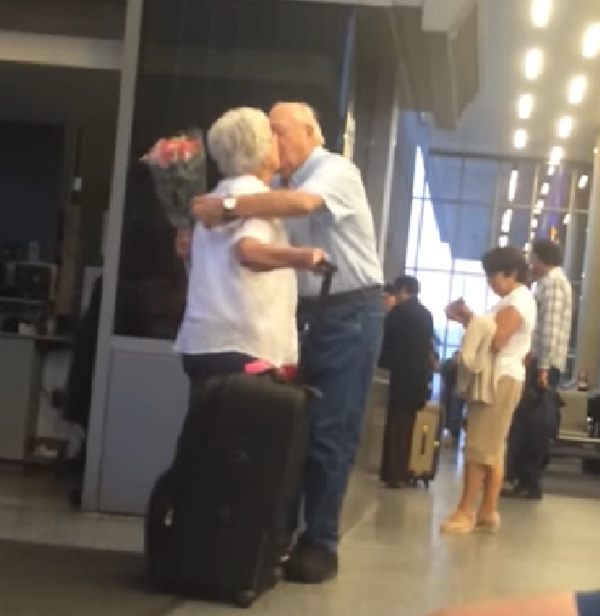 Everyone who’s viewed Valerie’s video agrees that it’s truly beautiful to see two people who love each other so much. Plus, it’s proof that you’re never too old to be head-over-heels in love! Just look at these two lovebirds!

Watch the sweet video of Carolyn and Bernard reuniting at the airport in the video below and be sure to share!