Tadhg Fleming must’ve known from the get-go that this was a viral video in the making; his almost breathless, ongoing narrative– punctuated every few seconds with exhortations to “Get him!!!”– is almost as hilarious as the action itself, which unfolded on Tuesday at the family home in Kerry, Ireland.

That’s when a roving bat entered through the back door and zoomed around the kitchen for the better part of two minutes, smoothly evading any and all efforts to catch it. It’s seriously like a scripted scene you’d see in a sitcom! 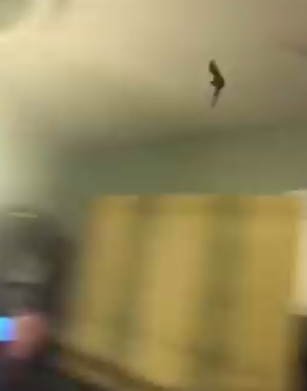 “Panic ensued when the bat entered the kitchen from the backdoor…my father (with my football shorts and long woolly socks) tried to first catch the bat with a tea towel then opted for a larger towel which the mother just ironed!” Tadhg wrote. “Myself and my mother hid behind the doors to let my father take on the bat. We just got a new pup and in the midst of the madness he decided to pee all over the floor.” 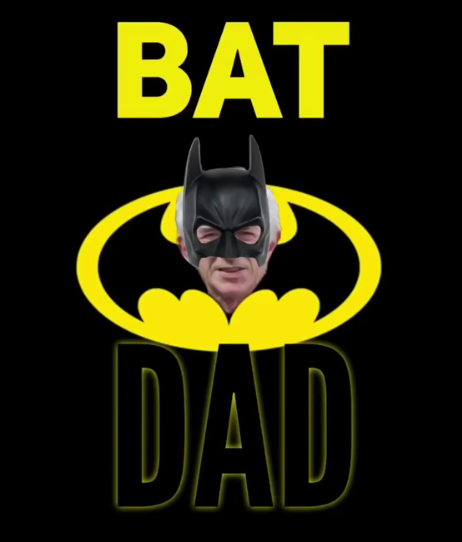 The scene opens with the bat circling around the ceiling, rocketing past light fixtures and smoothly evading Derry the dad’s attempts to net it, first with a hand towel: 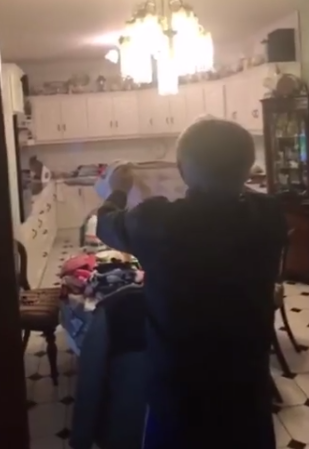 Then he brings out the big guns: 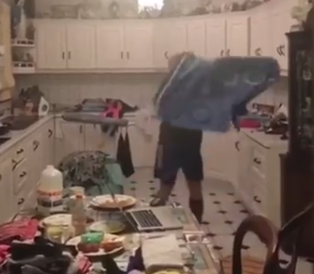 “Come on Derry, catch him! You’re going to need a bigger towel. That’s it, get him now … He’s making a mockery of you!”

The comedy is upped five or six notches at 1:16, when the family’s dog either gets so scared or so excited that she releases a little puddle all over the kitchen floor! 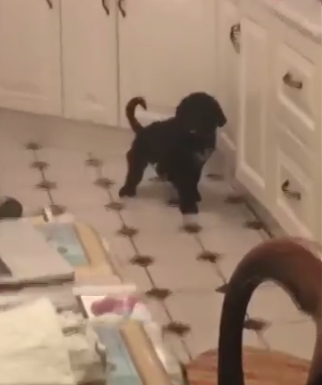 Meanwhile, Mom Maureen watches from behind the safety of a glass door. 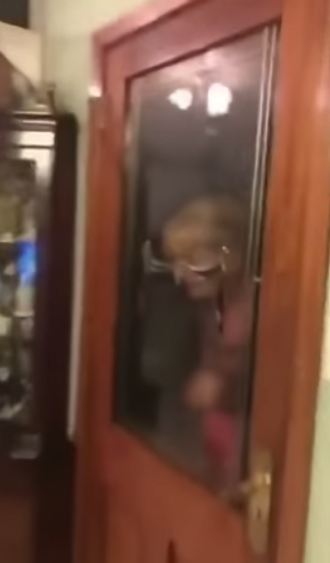 Tadhg uploaded the video on Facebook on Tuesday and it’s since gotten 1.6 million views and more than 24,000 shares.

Watch the hilarity ensue in the video below, and be sure to share to spread smiles!