Their shared love of the sport often takes them to the basketball courts behind John Rolfe Middle School for pickup games. That passion is also what ended up saving a life. 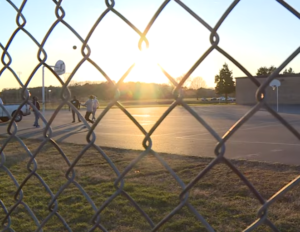 One evening in March, the group was on the courts for another round of ball when something strange caught their eyes. They noticed a man lying down on the court. He wasn’t moving.

“We all thought he was just tired, but about two minutes later he was still on the ground,” Mark said. “Then his son was looking at us, so we just started walking over there to see what was wrong.”

The friends knew for sure that something was very off when they tried picking the man up. He was limp, growing cold, and they couldn’t tell whether he was breathing. Kei’Shon says his stomach had also tightened up, and his chest felt very hard to the touch. The father had suffered a sudden cardiac arrest.

Despite having zero experience or training on how to react in an emergency, Kei’Shon somehow knew what he had to do. He began chest compressions as another man in the area ran over to help. They continued until an ambulance arrived and paramedics took over. 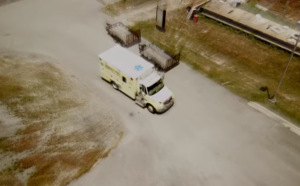 The little boy was upset, sobbing and overcome with worry. Not wanting the poor kid to see his dad like that, Mark and the others took him to their car and drove him back to his mom’s house. In the meantime, paramedics rushed the man to a local hospital. Fortunately, he survived.

To that, Kei’Shon humbly stated he feels he was meant to be there. “I guess you could say God led me in the right direction. I just put my hands in the right spot — nobody [ever] told me how to do that.” 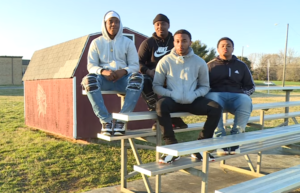 Thanks to the basketball players turned heroes, a little boy won’t have to grow up without his dad. The family will be eternally grateful they felt like playing on the courts that day.

Learn more about how the four angels jumped into action below, and be sure to share their heroic deed with others.