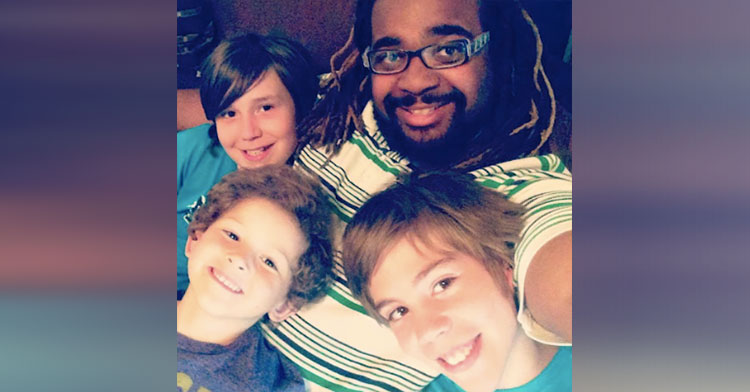 Our parents shape the course of our lives, whether or not they’re in the picture.

Barry Farmer knows that better than many because he never really had a father to look up to. Still, he didn’t let that stop him from becoming a dad himself — though not by traditional means. 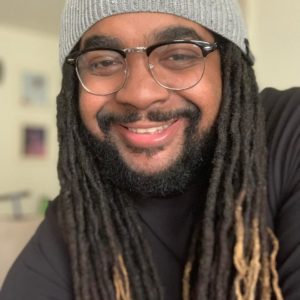 The Virginia man grew up in kinship care, which is when family members take in a child whose parents can’t watch over them. In his case, his grandmother was the one who stepped up to raise him, something Barry will forever be grateful for.

That’s why he decided to give back when he was just 21 by getting his foster care license and taking in an 8-year-old boy named Jaxon. The arrangement was supposed to be temporary, but the two of them got along so well that when the 13-year-old asked Barry to adopt him in 2011, Barry couldn’t refuse. 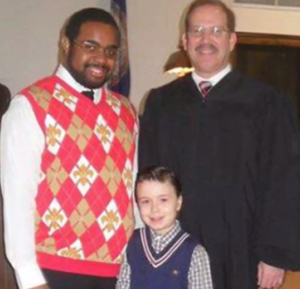 About two years later, Barry gave Jaxon a brother when he adopted 11-year-old Xavier. Little did he know their family wasn’t done growing!

He took in 4-year-old Jeremiah for respite care a year later. While Barry hadn’t planned to adopt the little boy, Jeremiah wasn’t able to return to his original caretakers and the Farmers didn’t want to see him go.

“That’s when my two older boys and I decided to welcome him into our home permanently,” Barry said. 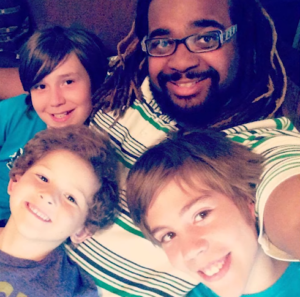 Now in his 30s, Barry couldn’t be happier with the family he’s created.

Fatherhood has been everything I imagine it to be because I’m the father I wish I had growing up. I’m involved. I’m there when my boys go to sleep and when they wake up. I’m their biggest cheerleader when helping them achieve their goals. I try not to miss a beat in their lives. I take the responsibility of being their father very seriously and never for granted. 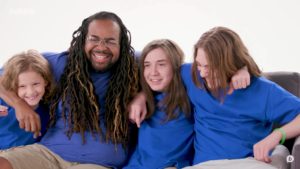 Barry hopes his story will encourage more families to foster and adopt, especially when it comes to older kids.

“There is no need to be afraid of older children in America waiting for their forever homes,” he said. “They need your understanding, your compassion, and your guidance.” 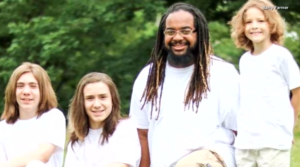 Anyone would be lucky to have a dad as caring and dedicated as Barry. Keep up the great work!

Share this story to encourage more families to give homes to children in need.