There cannot be darkness without light.

As residents of a crowded city neighborhood in Barcelona, Spain, were quarantined inside their apartments due to the coronavirus, a beautiful moment unfolded amid the fear and uncertainty. K Sofiia Aleaga, a student at a nearby university, was there to witness and record the event. 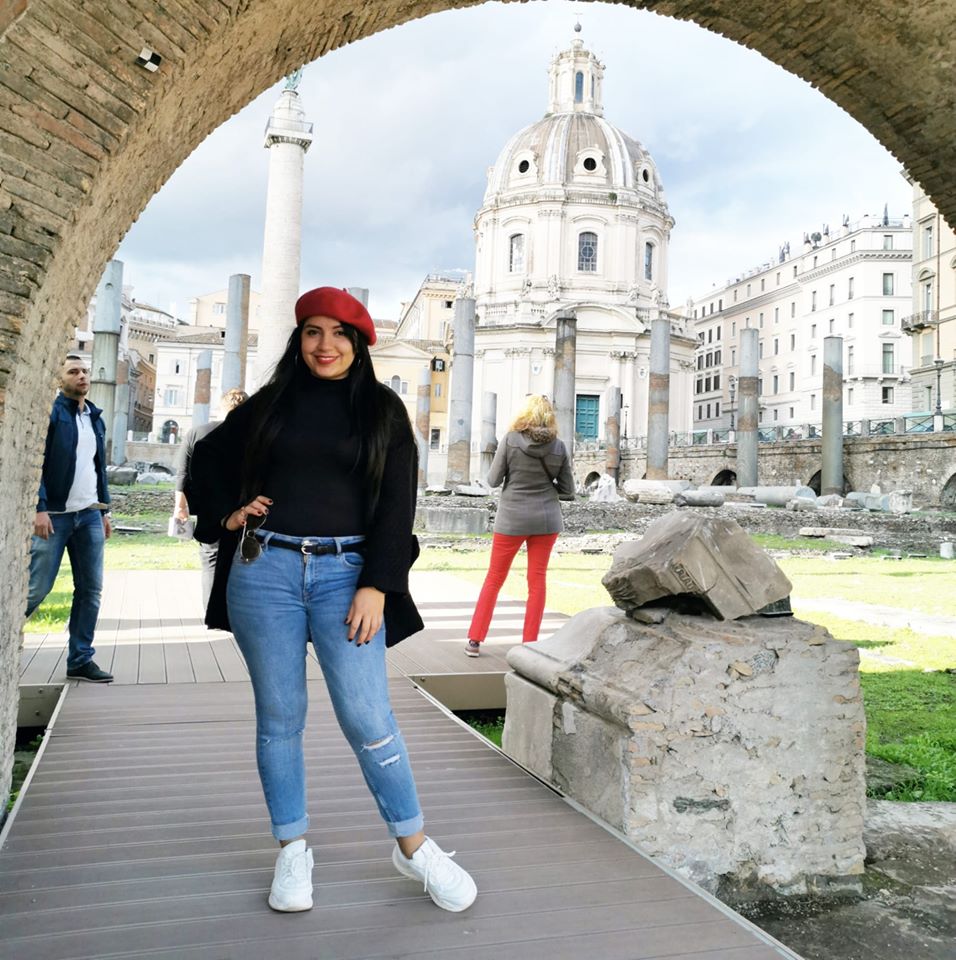 It was a bright and sunny day in her city, yet everyone in her neighborhood was quarantined inside their homes. Instead of wallowing in their situation, Sofiia’s boyfriend stepped onto his balcony with his electric keyboard in tow. He set up the keyboard on the balcony and began to play.

It didn’t take long before people started coming out of their apartments to listen to the music. Everyone is so hungry for social interaction and positivity that they flocked to the sound like bees to honey! 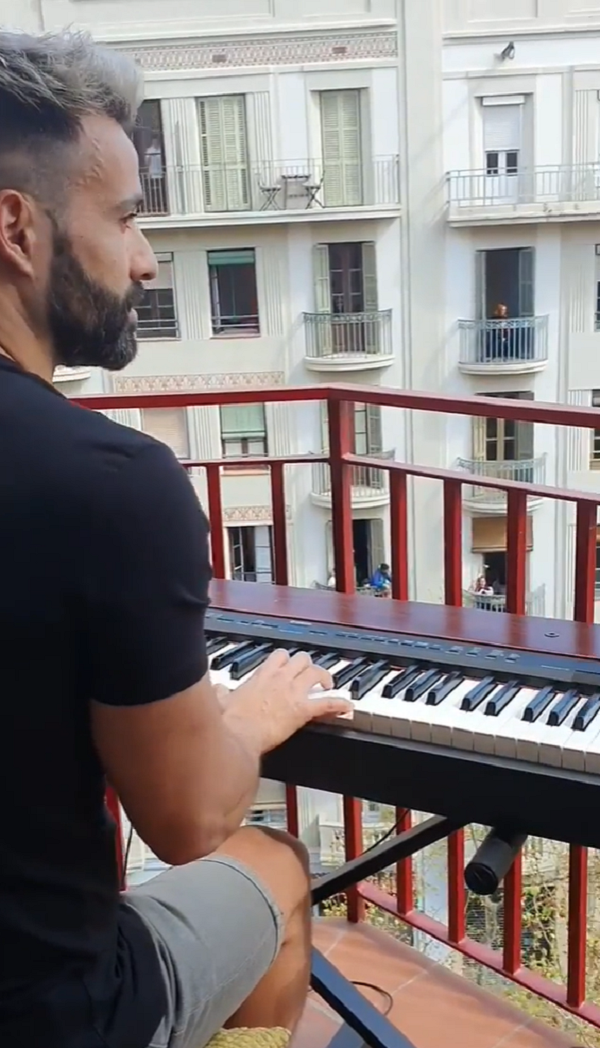 Sofiia began to record as he was playing “My Heart Will Go On,” the ballad by Céline Dion that was made famous in the movie “Titanic.” It’s a stirring song on its own, but when paired with the gravity of the global pandemic it’s nearly impossible not to feel emotional as he plays the familiar notes.

Moments later, another sound joins his piano. A man on a nearby balcony heard his song and ran to grab his saxophone! Now the two men are playing a beautiful duet, separated by a few hundred feet of space. 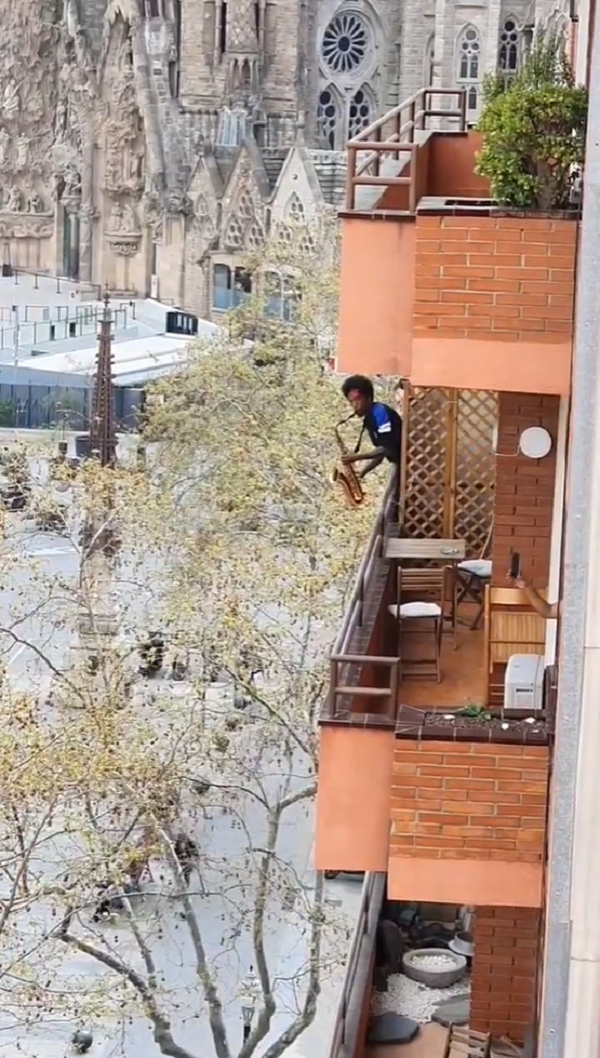 As “My Heart Will Go On” reaches its soaring conclusion, neighbors from all over the complex were there to clap and cheer for the two musicians.

“You have to see the beautiful side of bad things,” Sofiia wrote when she uploaded the video to Facebook. It quickly went viral, reminding many people of the videos of Italians singing from their balconies during their isolation period. 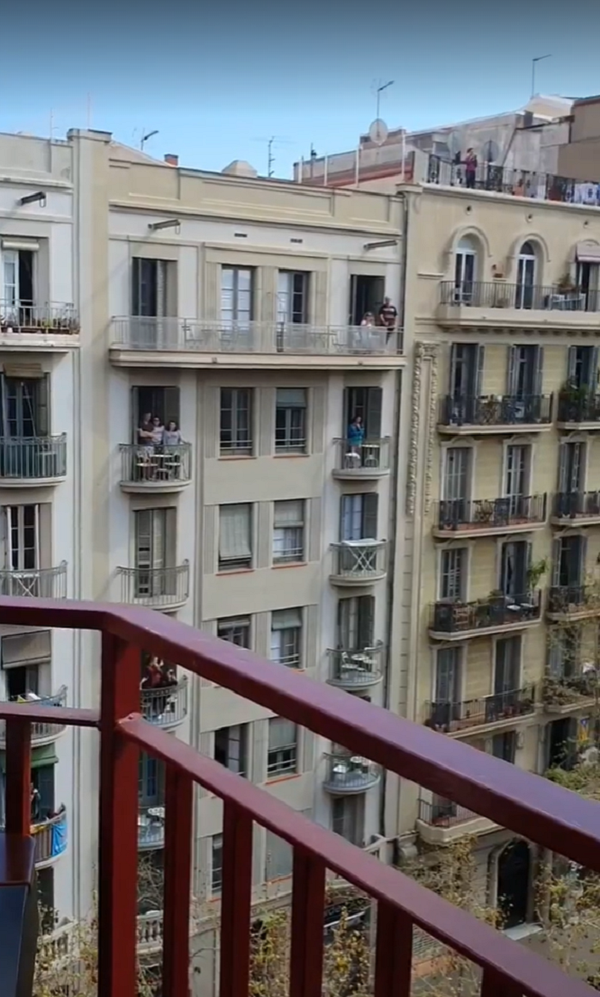 This sweet moment is a reminder that there is always hope, no matter how dire the situation. Music has a way of uniting people that’s unlike anything else. Let’s all do our best to find ways to stay connected to our fellow humans. Doesn’t matter what country we’re from; we’re all in this together!

Watch the video above and be sure to share.