There’s nothing quite as sweet as watching a bond develop between an animal and human, especially since it speaks to mutual love and trust.

Like all animals, horses don’t necessarily recognize the individuals who purchased them as their owners. The people they do recognize and develop close bonds with are their regular caretakers, the ones who feed them, clean their stalls, and take them out riding. The elderly gentleman in the video below has obviously served in that capacity, because why else would this horse be so gentle and accommodating? 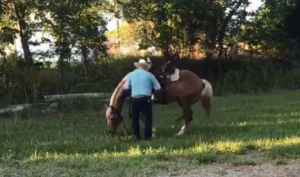 Warsaw, Missouri, resident Kelly Drake, captured the incredibly heartwarming footage below on Saturday, which starts out with the elderly man and his horse standing side by side in a grassy field.

The bond between these two is so heartwarming. I’m so glad they taught Bandit how to do this so Dick could keep riding. Bandit absolutely loves his owner. We never thought we would see Dick riding Bandit ever again. So this is truly something!

It’s clear his body isn’t able to swing aboard like it used to, so what did the family do? They trained his horse to accommodate him in the sweetest way. 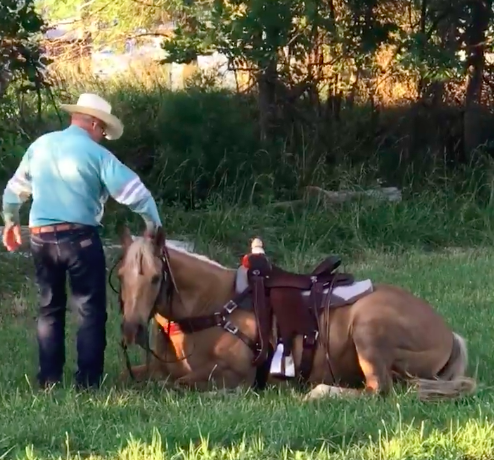 This clearly isn’t Bandit’s first rodeo. He’s all saddled up and ready to go, and when he senses Dick’s ready to clamber aboard, this mighty steed folds his front legs beneath him and lowers himself to the ground, looking like a horse loaf.

You think he’d do this for just anybody? When animals have been treated as well as this horse obviously has, they’ll always respond in kind.

Bandit waits patiently as Dick circles around, straightening the reins as he goes, then struggles to swing his leg over the saddle. 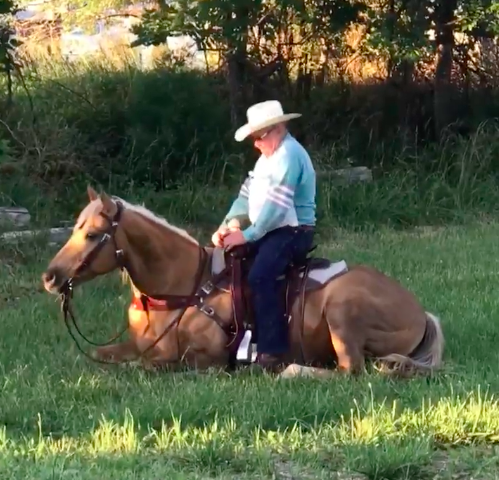 Moments later, Dick grabs onto the saddle horn and Bandit heaves himself up into a standing position. He even gives out a loud whinny, like he’s saying, “Upsy daisy!” 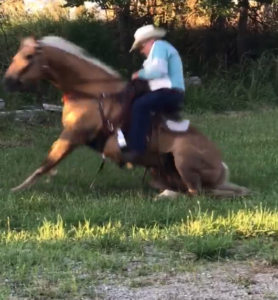 “That’s pretty impressive,” an off-camera voice calls out as they head off for a ride.

Yes, it is, but it certainly wouldn’t have been possible if not for the strong bond between these two. We hope they’re able to enjoy many more years of riding together!

Watch the full video of this sweet interaction below, and share to spread more love.

The bond between these two is so heartwarming. I’m so glad they taught Bandit how to do this so Dick could keep riding. Bandit absolutely loves his owner. We never thought we would see Dick riding Bandit ever again. So this is truly something! ❤️