The Gwinnett Jail Dogs Program in Georgia allows certain inmates to serve as foster parents for pups so they’ll be ready for adoption.

In 2014, Bandit, a sweet pup with special needs, came into their lives. And after six years of searching, he’s finally found the perfect forever family! 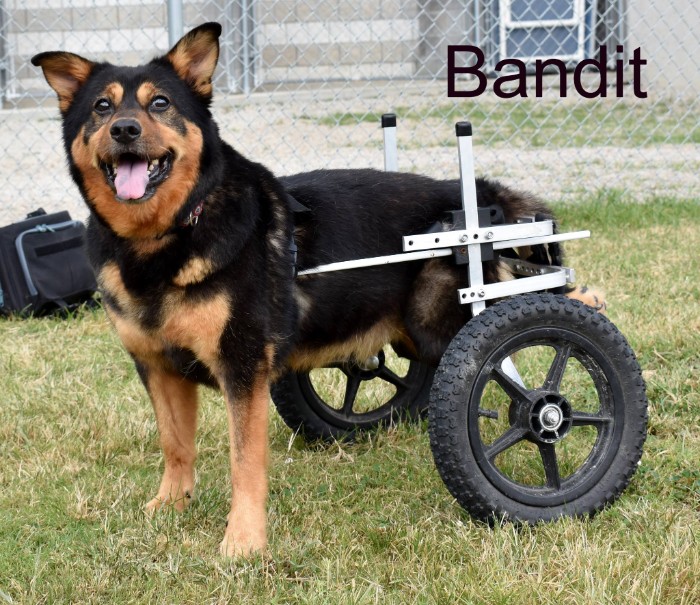 Bandit lost the use of his back legs after a rare complication from heartworm medication, so he uses a little doggy wheelchair to get around. Because of that, he requires more love and care than the average dog and experienced several failed adoption attempts.

Thankfully, his handlers at the jail never seemed to mind. In fact, one of them told a local news station that while he was disappointed to see Bandit without a permanent family, he was always “elated” to have his buddy back.

As it turns out, Bandit was just waiting to find the couple who was sure to love him unconditionally!

Before Darryl and Sue Rider decided to adopt him, they contemplated whether they could give the pup the care he deserves. Ultimately, they decided they belonged together because of a special bond Darryl and Bandit share. 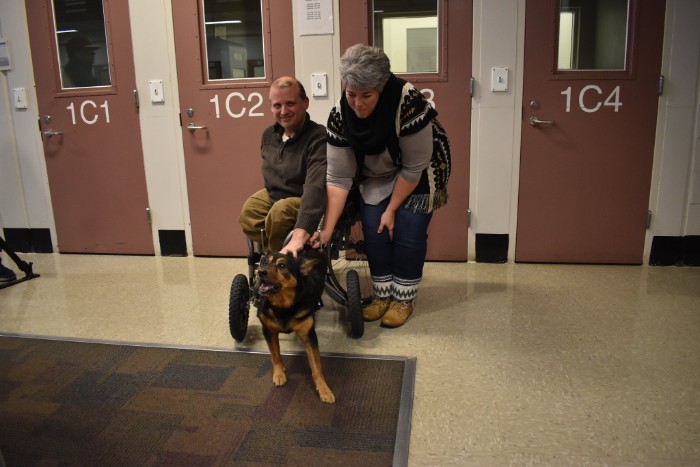 The day they came to take Bandit home was a “bittersweet” day for the members of the Jail Dogs Program. In a Facebook post, they wrote:

Bandit has done ‘his time’ and has reformed many of us that have been fortunate to be in his presence. He has made believers out of the nonbelievers that thought a wheelchair-bound dog wouldn’t make a good pet. He has persistence and perseverance when it comes to learning new things and can adapt and overcome when it comes to finding someone with a treat!

Despite their sadness, they’re thrilled to know Bandit is living his best life with Darryl and Sue! 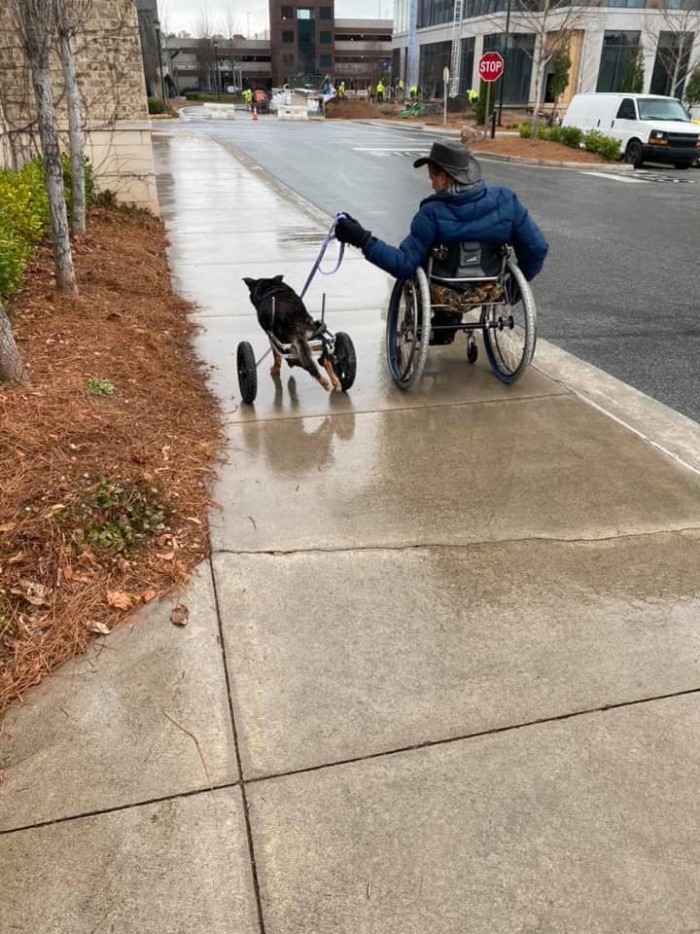 Best of all, there’s no doubt that Bandit has truly found his forever home. Congratulations to the entire Rider family!

Learn more about Bandit’s adoption in the video below, and be sure to share this story to spread joy!