During difficult times, people often turn to entertainment for a much-needed distraction.

In an effort to let the world know we’re all in this together, Elton John and other celebrities put on a special at-home performance. The iHeart Living Room Concert For America also raised money to support people who are struggling because of COVID-19. 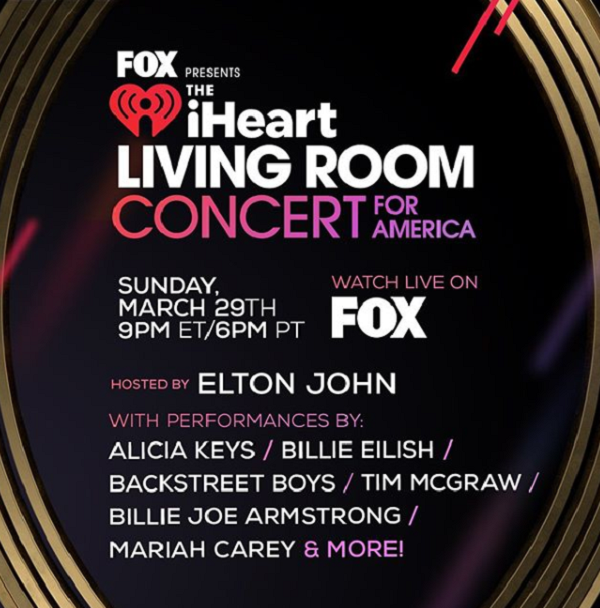 The hour-long program was presented commercial-free on Fox. It featured Elton John along with Alicia Keys, Billie Eilish, Billie Joe Armstrong, Mariah Carey, Sam Smith, Tim McGraw, and other celebrities. Each of them encouraged viewers to donate to Feeding America and First Responders Children’s Foundation.

During the show, the talented musicians sang their most popular songs from the comfort of their own homes. While many of them are used to performing solo, we weren’t sure how one group was going to manage.

But as soon as the Backstreet Boys appeared on-screen, it was clear they had it covered! 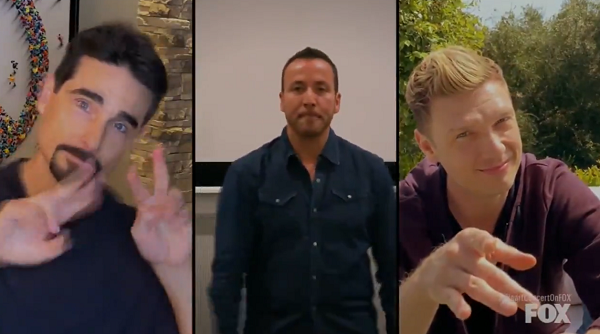 While it must have been challenging to set up, their virtual teamwork couldn’t have gone better! Reunited members AJ McLean, Howie Dorough, Nick Carter, Kevin Richardson, and Brian Littrell combined their recordings into a stellar performance of “I Want It That Way” — and gave us a fun glimpse into their personal lives.

Littrell seemed to be chilling in his rec room, while Carter was hanging poolside at his Los Angeles home. Meanwhile, McLean sat in front of a piano covered with Backstreet Boys plaques and awards.

Other performers, take note: This is how you pull off a group performance while physical distancing! 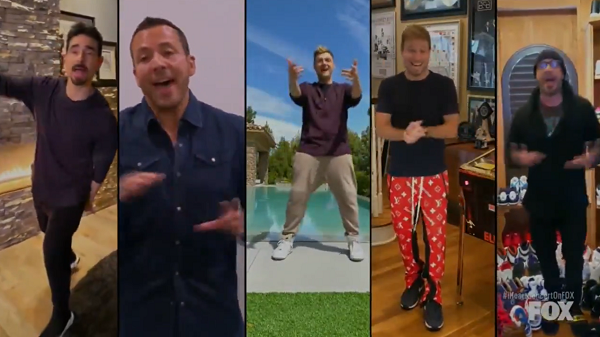 One of the highlights of this sweet trip down memory lane was when Richardson shared the spotlight with his two sons, Mason and Maxwell. Mason kept the beat on the drums, while his little brother belted out the song alongside their dad. 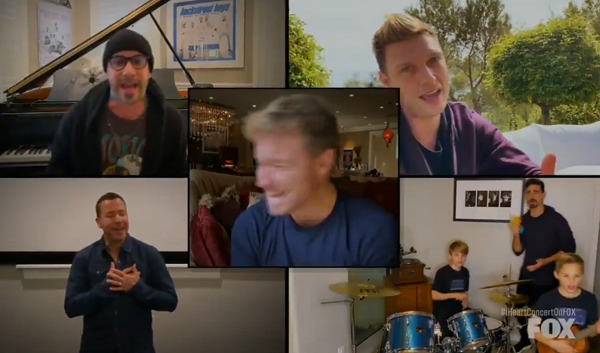 What a wonderful way to let everyone know we’re all in this together, even if we have to be physically apart. When it comes to the Backstreet Boys, we definitely still want it that way! For more stories of joy and hope, check out the Coronavirus Good News Dashboard.

Watch their performance in the video below, and don’t forget to share.