Rikki Kahley, her sister, Chloe, and their friends couldn’t wait for Rikki’s bachelorette trip to the Bahamas ahead of her wedding in October. Then Hurricane Dorian struck the archipelago’s northern islands.

Heartbroken, the Georgia bride-to-be (pictured below on the far left) initially decided to cancel the trip. How could she and her friends celebrate amid such devastation? But after her mom, Sandy, spoke to an employee at the Baha Mar resort in Nassau, 17-year-old Chloe (second from the left) came up with a better idea. 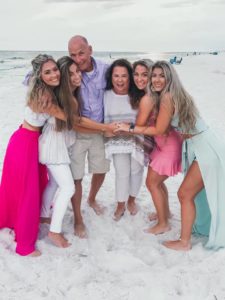 “When we called they said: ‘Please don’t cancel, we need your tourism,'” Sandy told CNN. “The lady I spoke with was crying.”

“I called back the next day and told them it was very hard for us to come celebrate when they were hurting. I asked could we donate our hotel rooms for families. And she said that we could not do that because they would feel bad about kicking them out after a few nights.”

That night, Chloe made a brilliant suggestion. They could still go to the Bahamas as planned — and turn it into a relief mission instead. 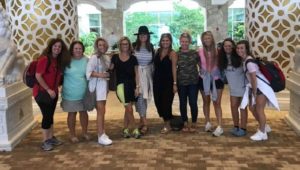 So, Sandy took to Facebook, asking anyone to donate supplies they could bring with them. The Kahley family figured they’d be able to pack around 10 suitcases. But when the time came to fly out to Nassau in September, they brought 37 — all of which Delta Airlines carried on board for free. 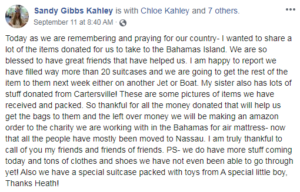 It wasn’t long after Sandy created the post that donations began flooding in. The family received food, clothing, baby wipes, diapers, and other necessities to help the hurricane’s victims survive and recover. 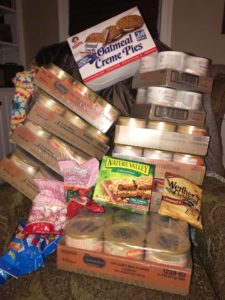 When the group landed in Nassau, the resort sent a bus to collect and distribute the supplies on their behalf to neighboring islands affected by the hurricane. Rikki says the group had a great experience meeting with Bahamian families and hearing their stories. Afterwards, they still got to enjoy their bachelorette festivities, too. But to Rikki and Chloe, the most important part of the trip was being able to help.

Chloe, whom Rikki says “has a servant’s heart,” told USA TODAY, “The main reason I wanted to take supplies down was because I have everything I need plus more. The Bahamians had nothing after the hurricane hit. I felt like God was using me and my resources to help them.” 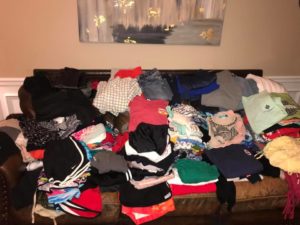 And they’re not finished, yet. Even after the trip, Sandy said they were still receiving donations, including $1,800 to order more supplies in the Bahamas for people in need. 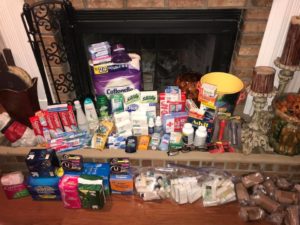 Rikki may not have gotten the weekend she’d originally wanted, but if you ask her, it turned out even better than planned. There’s nothing more rewarding than helping people who need it the most.

Hear more from Rikki and Chloe about their time in the Bahamas below, and share to encourage others to help with relief efforts.