When you’re a family practice doctor in a small town you really have to become a “Jack of all trades.”

Dr. Erik Bostrom of Aitkin, Minnesota has been on staff at Riverwood Healthcare Center for the past two years. Each day he takes care of community members of all ages, but the best part of his job comes twice a month when he gets to deliver babies. 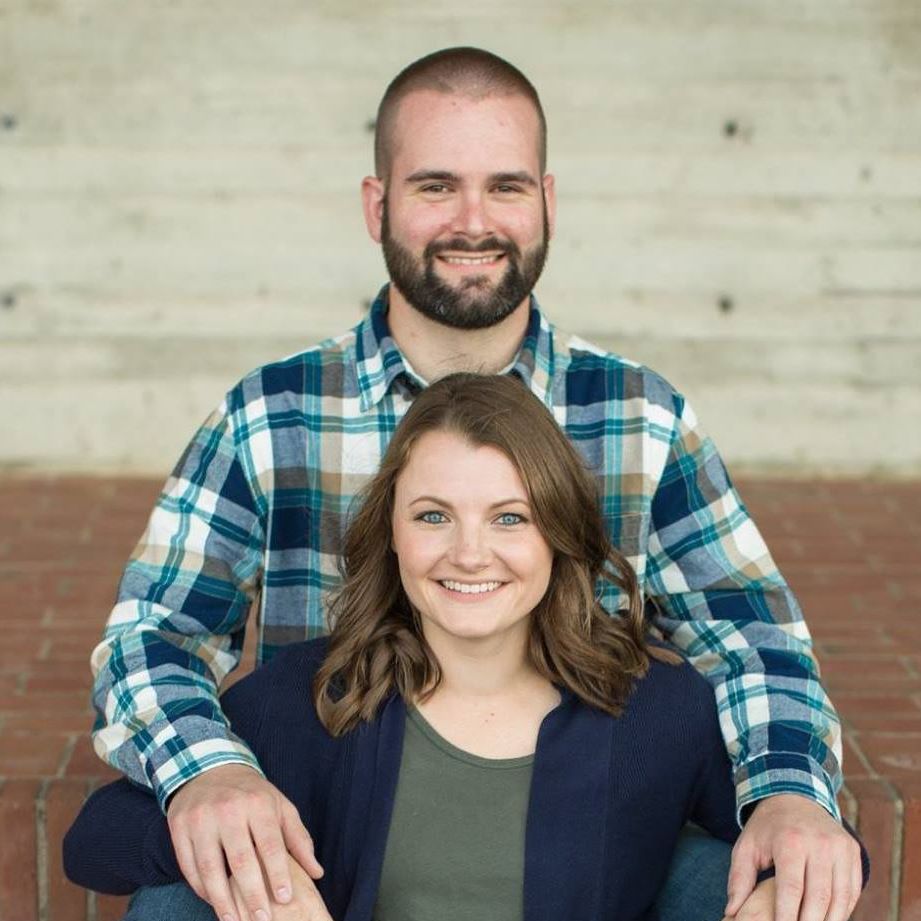 “Much of my time is spent taking care of old and sick people,” he explained. But when a baby is born, “rather than sadness and hardship, people are full of joy and excitement. It’s a really cool part of medicine.”

Since Dr. Bostrom is fresh out of medical school and is still building his practice, he knew he had to come up with a way to distinguish himself among the other family doctors in his area. When a nurse suggested making each baby he delivers a blanket, he admits he was caught off guard.

“I’ve sewn a lot of people, a lot of skin,” he chuckled. “But I never sewed fabric.”

Still, he was intrigued by the idea, and since he enjoys woodworking in his free time, he decided to try his hand at sewing. He started off by watching YouTube videos before asking his sister-in-law for help. “They taught me how to use a sewing machine. It was actually a lot easier than I thought it would be,” he said. 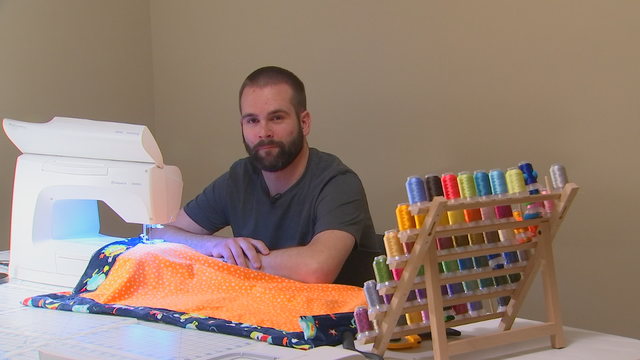 The young doctor began making soft blankets for his newest patients, sending them out to be embroidered with the baby’s name and birth statistics once they were finished. When his embroiderer moved away, he saw it as yet another chance to learn something new and figure out how to DIY. He found a used “fancy” sewing machine that could do embroidery, and soon he was finishing the entire project all by himself. 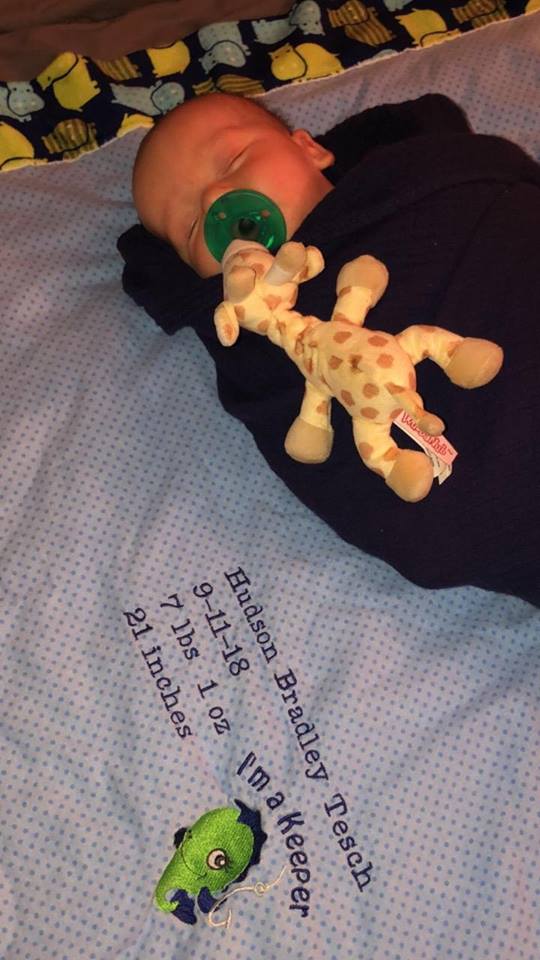 “The best part of it in my mind is that [my sewing machine] was made by Husqvarna, and that’s the same brand as my chain saw,” he said. “And I thought it was cool that I could cut down trees and sew baby blankets with the same brand of equipment.”

The doctor soon made a name for himself in town thanks to his unique hobby and sweet gifts. He’s given out about 15 blankets so far, and now “a fair number of moms are kind of expecting it,” he said. “They’re usually pretty excited. A couple of them have teared up on me.” 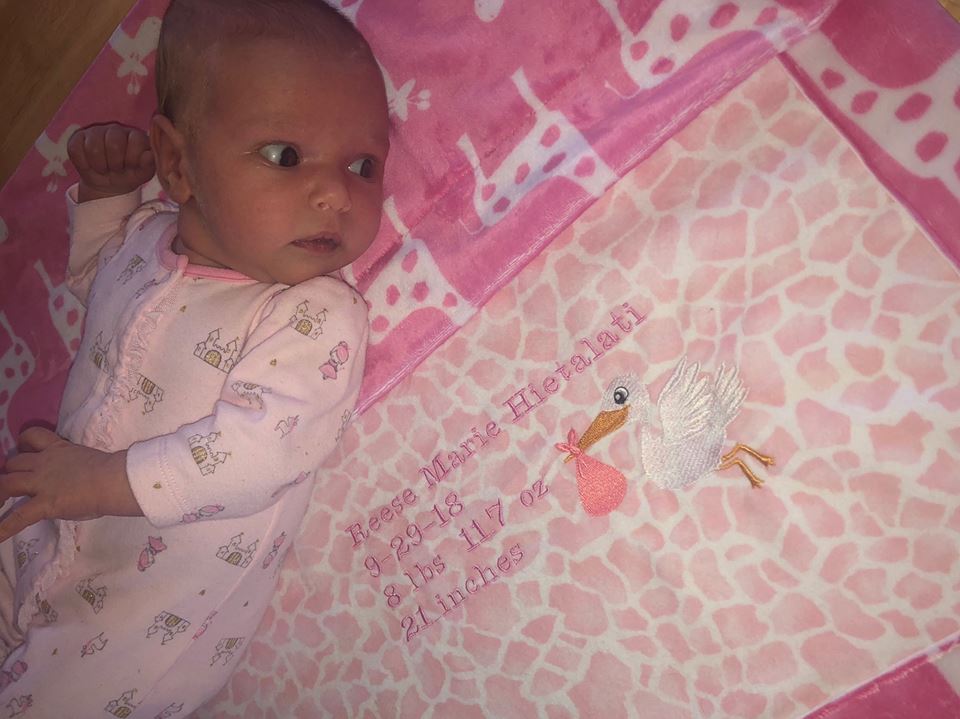 Each blanket takes Dr. Bostrom 3-5 hours to create, followed by about 20,000 stitches for the embroidery. He says that he never pictured himself taking up sewing as a hobby, but the rewards have been astronomical for both his practice and his personal life.

“Three years ago, if you had told me I would be creating gifts for people by sewing, I would have laughed at you,” he said. “But making something for someone makes it that much cooler. I never thought sewing could be so much fun.” 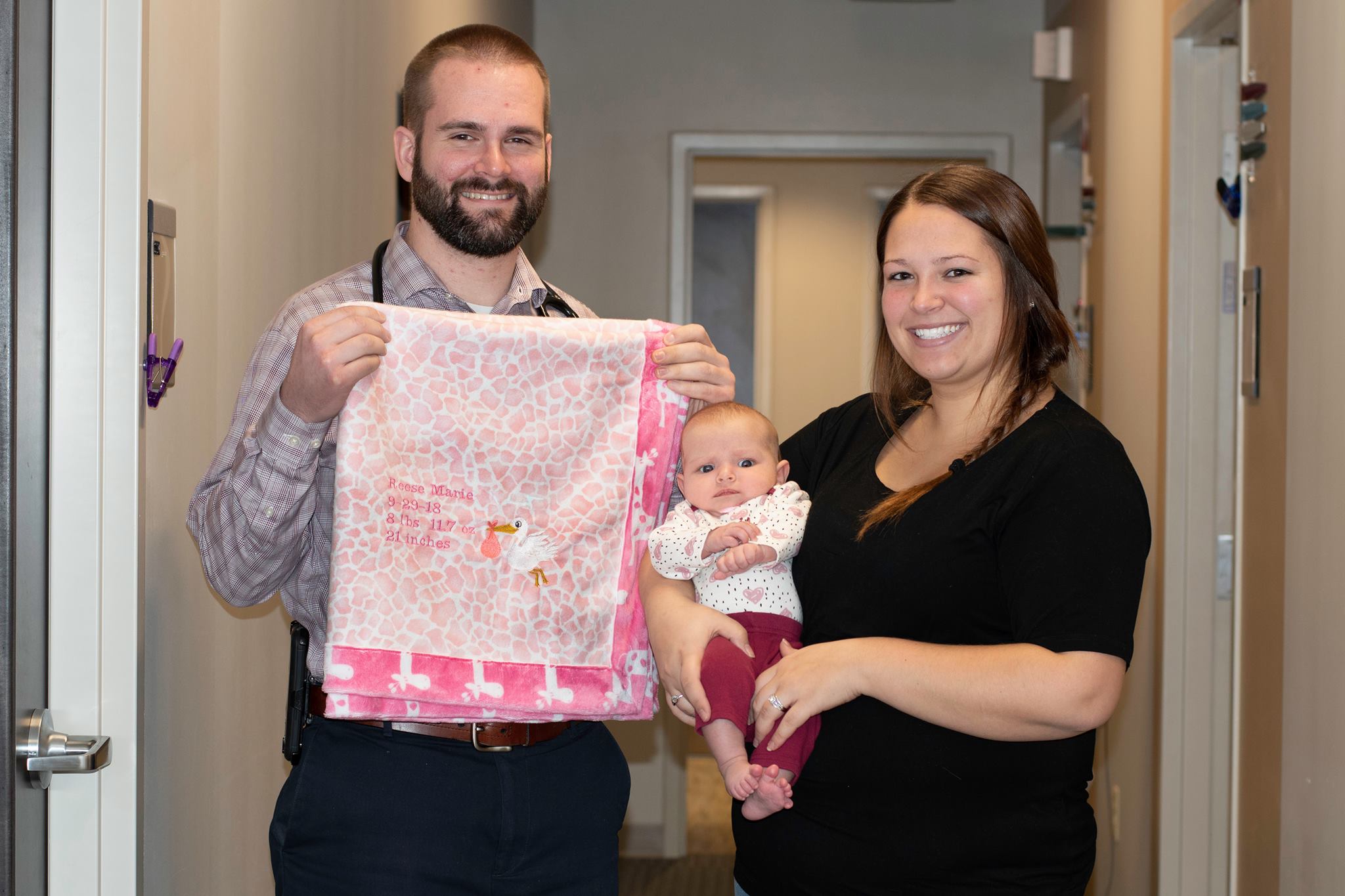 “It’s a beautiful blanket. It’s something she’ll cherish her entire life,” said new mom Lacie Hietalati. “He takes the extra time out of his busy schedule to do this for his patients. That’s a lot. He will be our doctor from now on.”

What a wonderful way to become closer with his patients! Dr. Bostrom is sending a strong message of love, friendship, and the importance of community with every stitch he makes.