In an early season of the television show, “Grey’s Anatomy”, the characters made the phrase “dance it out” famous. The idea was that after a long, hard day, they’d shake off  the day’s negativity by “dancing it out”.

10-year-old Ava Blase has a similar mindset, except she doesn’t dance to escape just a bad day, but to help her cope with her ongoing battle with cancer. 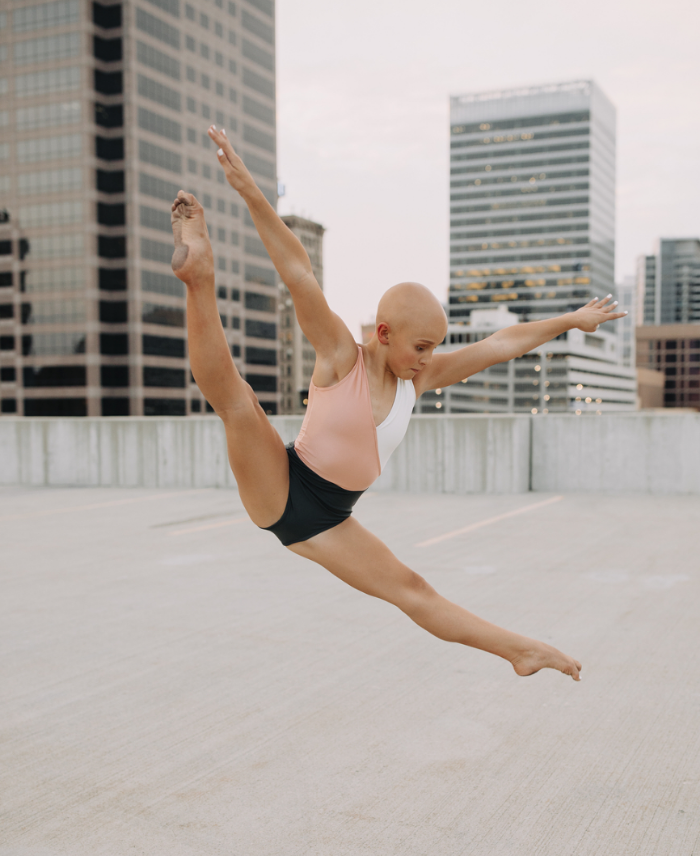 Ava was only 3 years old when she was first diagnosed with stage 5 kidney cancer in June of 2011, just five days after her first-ever dance recital. Despite the severity of the diagnosis, she soldiered on through 12 weeks of chemo, a surgery to remove her entire left kidney and part of the right, 6 rounds of radiation, and then another 15 weeks of chemo.

The tot rallied through treatment, and was declared cancer-free in January 2012. Even though she was still weak from the intense treatment, Ava wasted no time before getting back into dance. 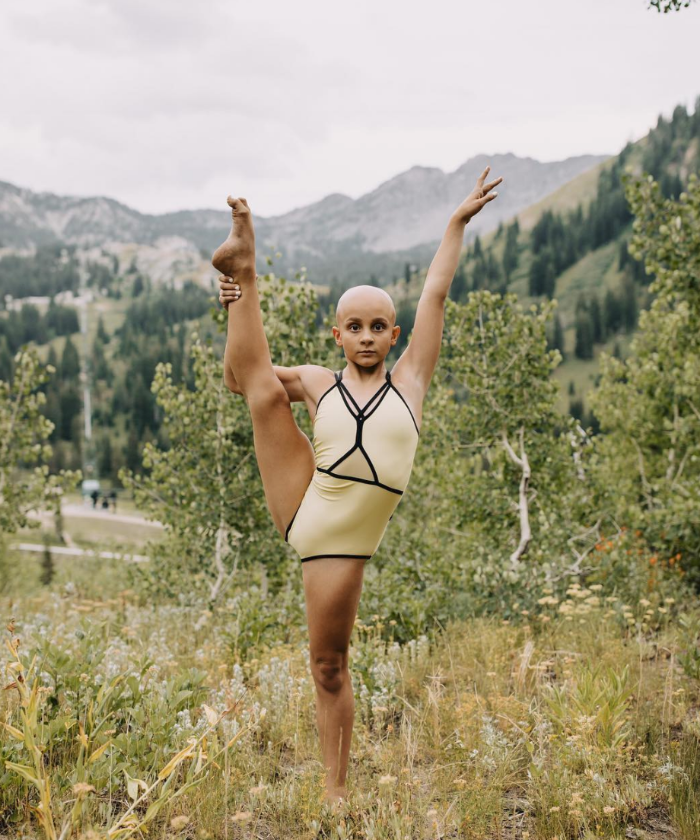 Ava danced solo and started dancing alongside her older sister, Emma, as well. Emma (now 16) has been dancing since she was 7 and has achieved numerous honors, awards, and recognition for her talent. She started choreographing at age 15, and even choreographed a routine that Emma performed at a competition – where she won first place.

The talented sisters are clearly the very best of friends. 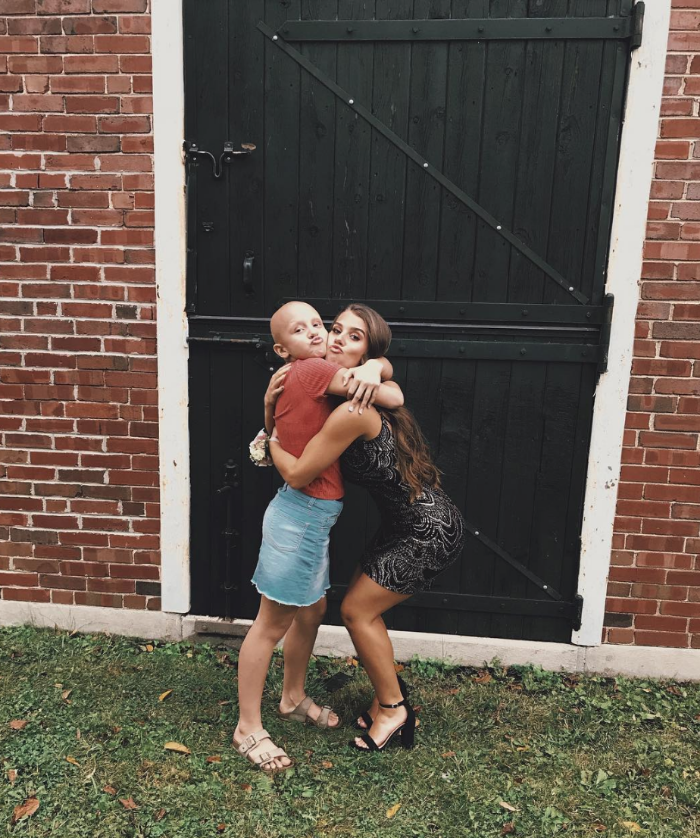 In January 2018, six years after being declared cancer-free, Ava received devastating news at her routine oncology checkup. An ultrasound detected a tumor growing on what remained of her right kidney. The doctors began treatment right away, only this time, Ava was not letting it stop her from dancing.

Even though her doctors warned her that she may not be able to dance throughout the intense treatment, she soldiered on. In fact, she won a competition only three weeks after an invasive abdominal surgery and another that May with her sister, Emma who was competing for first time  since she had fractured her spine in July 2017  (these girls are super heroes!). 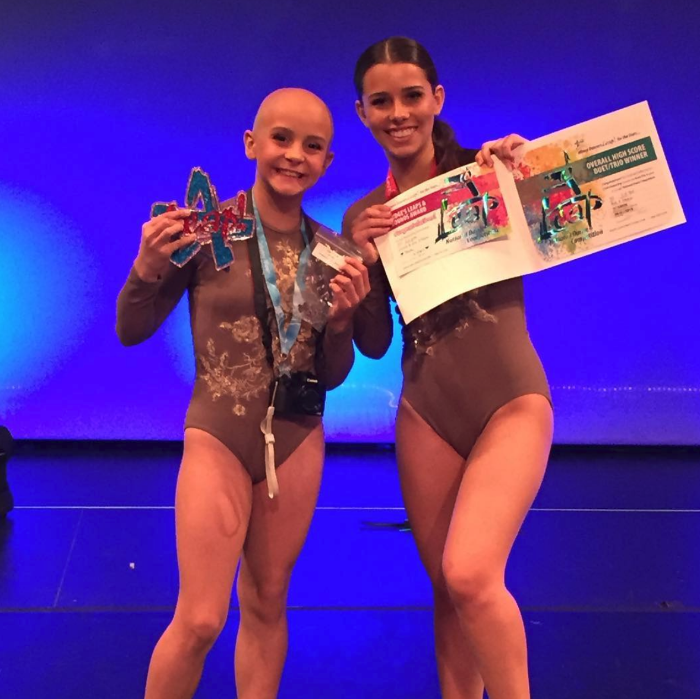 Ava’s decision to “dance it out” throughout treatment seems to have worked for her, because as of September 11, she is once again cancer-free.

Between Ava’s incredible story, and her and Emma’s talent, it’s no wonder that more and more people are taking notice of the sisters. In fact, a video of girls dancing went viral and eventually caught the attention of everyone’s favorite funny lady, Ellen DeGeneres. Ellen was so inspired by Ava’s story, that she invited the girls to perform on her show.

Ava and Emma agreed, and did not disappoint. 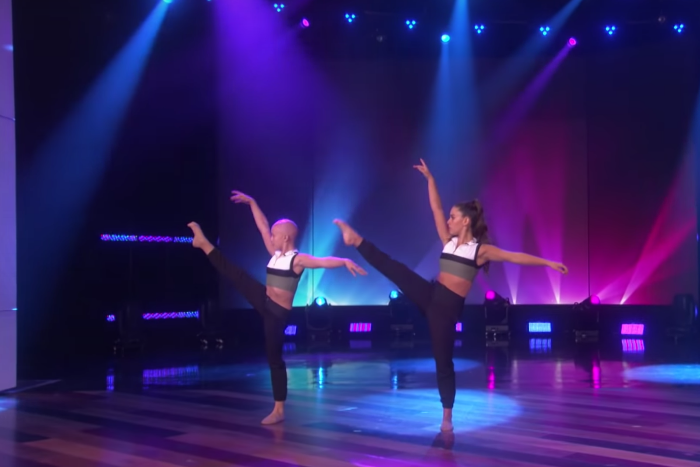 On the October 8 episode, Ava and Emma performed a breathtaking routine to Coldplay’s “Fix You”. They were perfectly synchronized throughout the dance as they leaped and twirled in a way that mimicked both ballet and hip-hop styles.  The performance was truly flawless.

The sisters wrapped up the routine with Ava leaping into Emma’s arms, before sharing a long heart-felt hug. 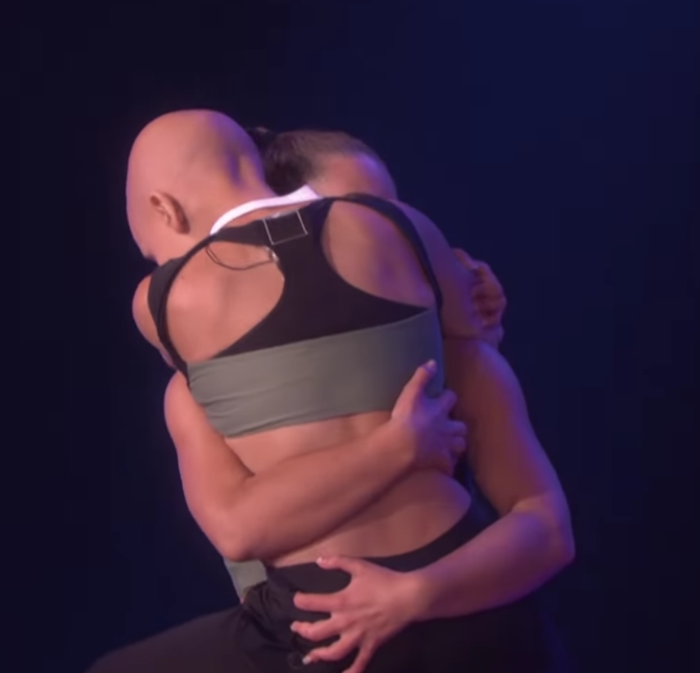 Ava is living proof of what the power of love, and dance, can get someone through.

Watch Ava and Emma’s performance on the Ellen Show in the video below – and be sure to share this inspirational story with your friends!