Santa killed two birds with one stone at a holiday event this year.

Mari Brooks works at the Humane Society of Genesee County in Burton, Michigan, and her son, 12-year-old Austin, has volunteered there for the past couple years. Sadly, his own cat passed away last month, but part of the grieving process involved continuing his work there, taking the dogs out for walks and playing with the cats.

He also helped organize a yoga session last month, which some of the available adoptees attended. (Though the cats, being as naturally sleek and toned as they are, were probably brought in more to oversee the class and maybe give some pointers.)  And that’s where Austin met a cat named Gizzard. 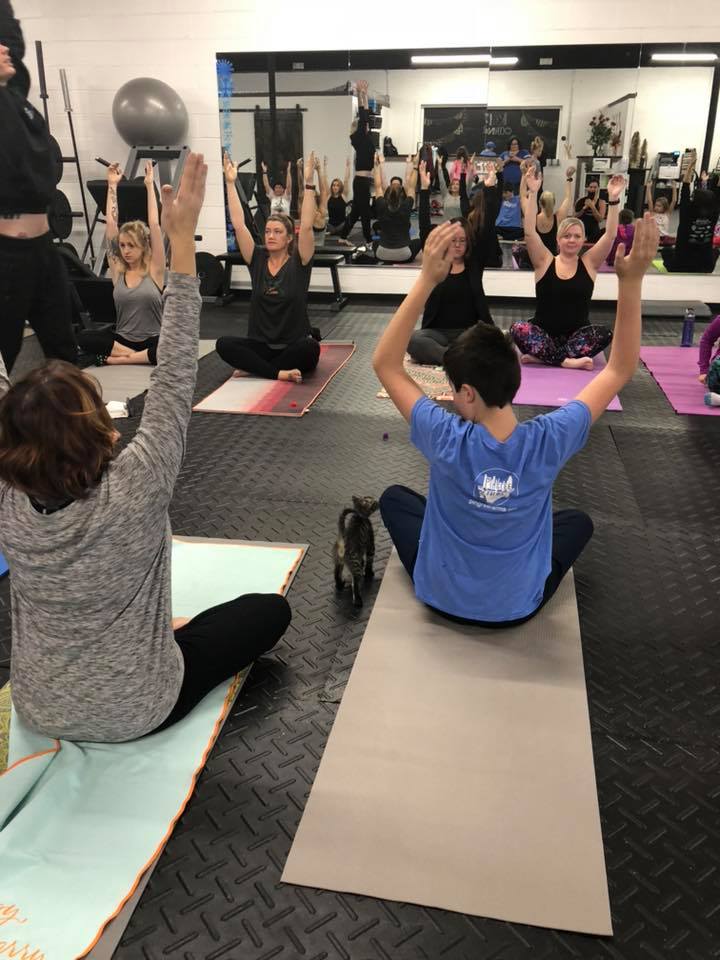 Mari sensed the connection between her son and this golden-eyed cat right away and knew Gizzard was meant to be Austin’s. But instead of doing a straight adoption, she did it on the sly. As it turned out, the shelter was preparing for its annual holiday party, which included a cameo appearance by Santa Claus.

On the day of the event, Austin plopped down next to Santa, thinking this was yet another silly photo-op… 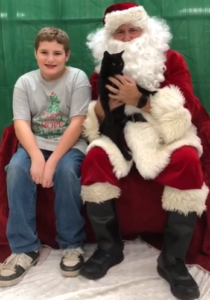 But when Saint Nick clued him in on the real purpose of this photo op, to hand Austin a cat of his very own, Austin was so overcome with emotion that he started to tear up! 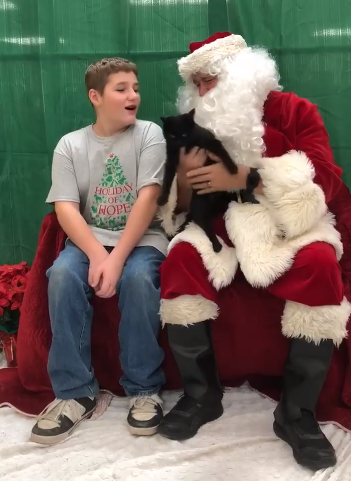 The Humane Society of Genesee County posted video of the handover on its Facebook page, saying Santa “decided to help” make Christmas bright for this sweet, grieving boy, and it’s been viewed and liked by tens of thousands in the days since! Meanwhile, Mari jumped on there to report Austin and Gizzard are already best buds:

“Thank you everyone for your kind words! My son is loving his new kitty…they sleep together every night. I swear they were meant for each other,” she wrote. 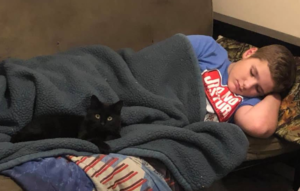 Have you ever seen a happier and more content 12-year-old? 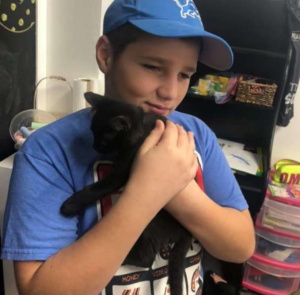 Mari, of course, got footage of the big surprise and was kind enough to share it, so check it out down below. And be sure to share this story with all the animal lovers in your life.

Feel good story to get you through your week!🚨Warning: you may cry!🚨This young man is one of our volunteers and his mother works at the Humane Society. Recently their family cat passed away😢, and the family was missing their furry friend. Well Santa heard about this and decided to help 🎅🏼. Check out the video of him learning that this kitty Gizzard would be going home with them that night 😊. Everyone was in tears as they watched this all unfold.

Posted by Humane Society of Genesee County on Wednesday, December 5, 2018