Leon excitedly asked, ‘Mummy can I please have this panda?’, which he named Pandy, but she refused.“I explained to him that I didn’t have enough money – it was just before payday, you know what it’s like.”

Disappointed, Leon decided on a clever tactic to keep his beloved Pandy available until payday arrived. He found a cardboard box, placed Pandy inside, and scrawled a heartfelt note to keep potential purchasers at bay. 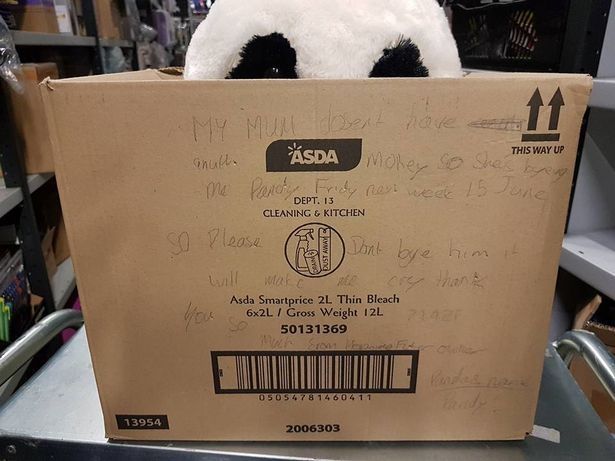 He wrote: “My mum didn’t have enough money to buy me Pandy so she’s buying me Pandy on 15th June so please don’t buy him as it will make me sad and I will cry, thank you so much from hopeful future owner.”

David Bateman, an employee at Asda, found the note at the store and was nearly brought to tears by the little one’s plaintiff plea for dibs on his beloved Pandy. Without a second thought David and his coworkers turned out their pockets to buy the panda bear for little Leon. 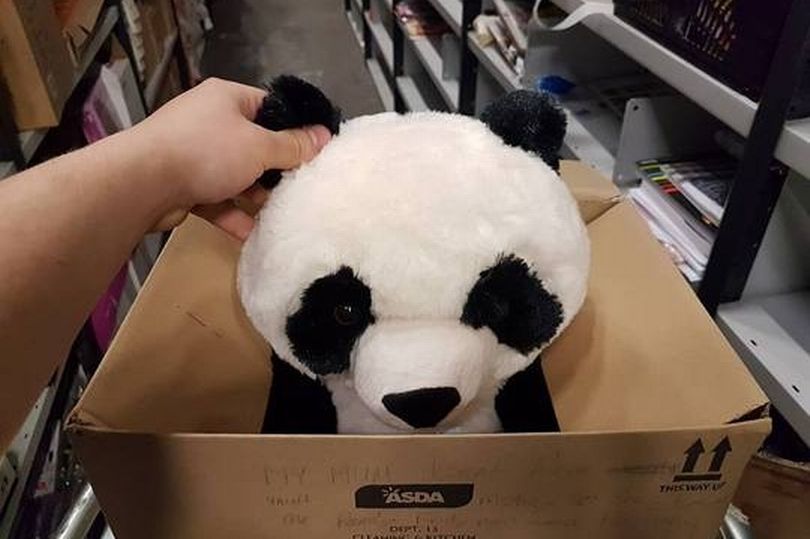 With no other alternative, the store put out a PSA on Facebook to try and track Leon down and give Pandy a home forever.

In a stroke of fate Debbie, saw the post on Facebook. She was in disbelief over the staff’s care and concern for her son.

Speaking to the Liverpool Echo, she said: “I didn’t click on the story at first, and then I realised that it was the same panda that Leon had wanted and left in the shop.

“He kept cuddling it and carried it round the shop, but at the time I just couldn’t afford it. There was only two left in the store, so I thought that I could buy one for him online if needs be. I told him to put it back and hope that no-one bought it but I didn’t know that he had left a message with it until he told me as we left.

Leon and Debby went back to the store that very day so the little tyke could get his hands on Pandy. The moment Leon grabbed him it was clear, he’d never let Pandy go.

It’s been a tough time for Leon lately. In an interview with Asda, Debbie explained the tragic details.

“In January my son Oliver was born prematurely and passed away four days later so it’s been a really tough, difficult time for all of the family, especially the children who were so involved in the lead-up to the birth.”

But getting Pandy and sharing such a beautiful moment with Asda employees absolutely turned things around for Leon. There is no doubt in my mind that the kindness he was shown went a long way to healing Leon, and his family’s hearts. 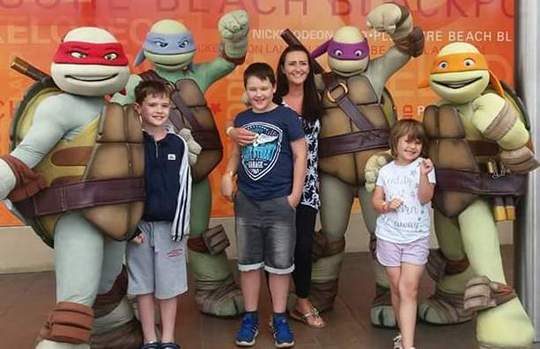 A toy panda bear may be a small thing in the eyes of many – but to Leon, it was all he could ever have wanted.