Deployments are always hard on military families, but they’re especially tough for the children of those serving.

Sadly, these brave kids spend a portion of their lives growing up without that parent around. While Mom or Dad is thousands of miles away nobly fighting for their country, their little ones wait at home, hoping and wishing for the moment they can jump into their parent’s arms again. Three little girls in Georgia spent almost an entire year missing their father dearly until one seemingly inconsequential day led to ecstatic shrieks and tears. 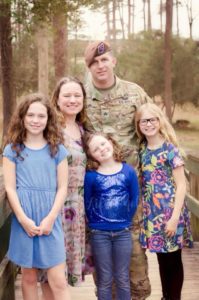 Army Staff Sergeant Drew Adams yearned to be with his family just as much during the months he was away. So when he finally returned home, he kept his presence a secret, plotting with his wife, Lynn, to surprise their little girls with what they’d been wanting the most all year.

After Lynn picked her husband up, she snuck him into their house, where he hid out in their bedroom. It gave him time to take a nap and decompress while their daughters went about their regular after-school routine. 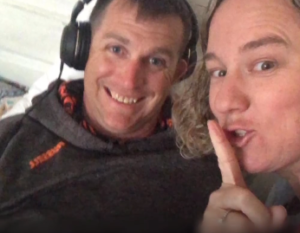 The girls normally go to separate soccer practices after dinner, but because of the bad weather in their area, they all attended their youngest sister’s practice that evening. Their parents wanted to be able to look back and relive the happy memory that was about to play out, so Lynn set up a camera in the gym.

As the video starts, we see the oldest girl, Madison, standing there in the middle of practice. Something makes her look over toward the exit, where she sees Adams, waiting for her to notice. She freezes, then sprints toward him, screaming, “Daddy!” as her sisters follow, hot on her heels. 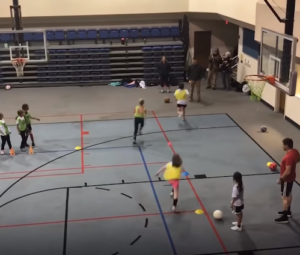 Adams spreads his arms out as his daughters barrel toward him. He holds each of them tight as they sob uncontrollably, inspiring a round of applause from everyone in the room. 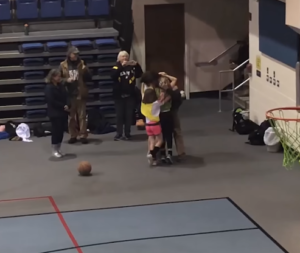 The relief, anguish, and love all come spilling out as the girls all stand there, refusing to let their daddy go. You can tell they’ve spent many nights wishing he could tuck them into bed and give them a kiss goodnight. 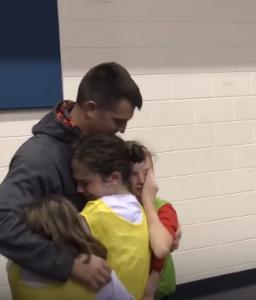 Having their father back must mean the world to those little girls after being without him for so long. We’re so happy for them! We’re certain they are treasuring each and every moment of his return.

Watch the family’s heartwarming reunion in the clip below and make sure you have some tissues handy. Share to spread thanks to Adams for his service.

She froze when she locked eyes with her Army dad. She hadn't seen him in nearly a year.