Music has the power to soothe almost anyone suffering from physical or emotional distress. It’s the reason music therapy programs are so successful in places like schools, hospitals, and prisons.

So, it stands to reason that cats, dogs, and other animals cooped up in stressful environments also benefit from the calming tunes, and the proof is in the video below.

Last week, Chad Olds, an animal control officer in Vance County, North Carolina, looked like a wandering minstrel as he strolled along a row of kennels at the local shelter. 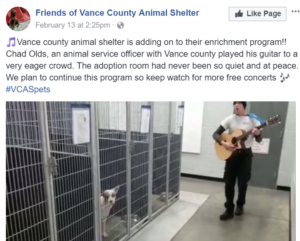 He’s worked for the county’s animal control department for about five months, and the role calls for an interactive, hands-on approach with the animals in his care, including feeding them and keeping their living spaces clean.

When someone suggested he take out his guitar and start singing to help calm the nervous dog, Chad admits he was skeptical. But from the moment he started singing Alan Jackson’s “Like Red On A Rose,” almost all the barking and whining ceased. 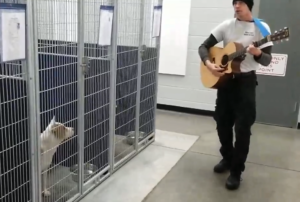 He had their full attention.

Just look at that tail. Chad’s little serenade is probably the most interesting thing to happen to this sweet pup all day! 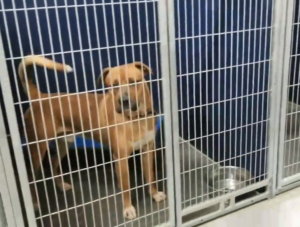 “I’m happy to be the voice for these animals and that it’s bringing so much positive awareness to them,” said Chad, whose video has since been viewed hundreds of thousands of times. 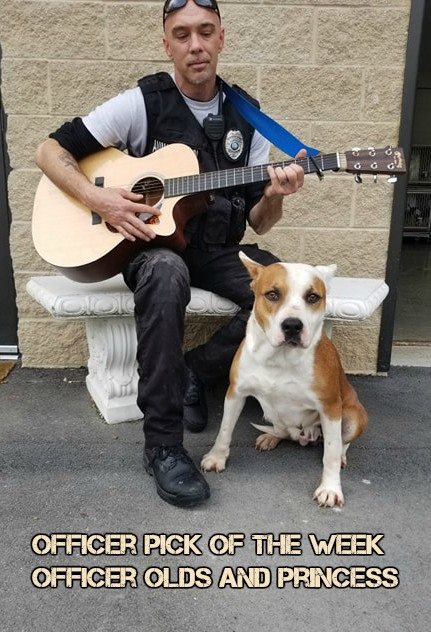 “My administrator allowing things like this is just wonderful, we’re thinking outside the box and getting creative to help these animals,” he also noted.

Children also occasionally come to the shelter to read to the dogs, and moving forward, Chad plans to do a music therapy session at least once a month. 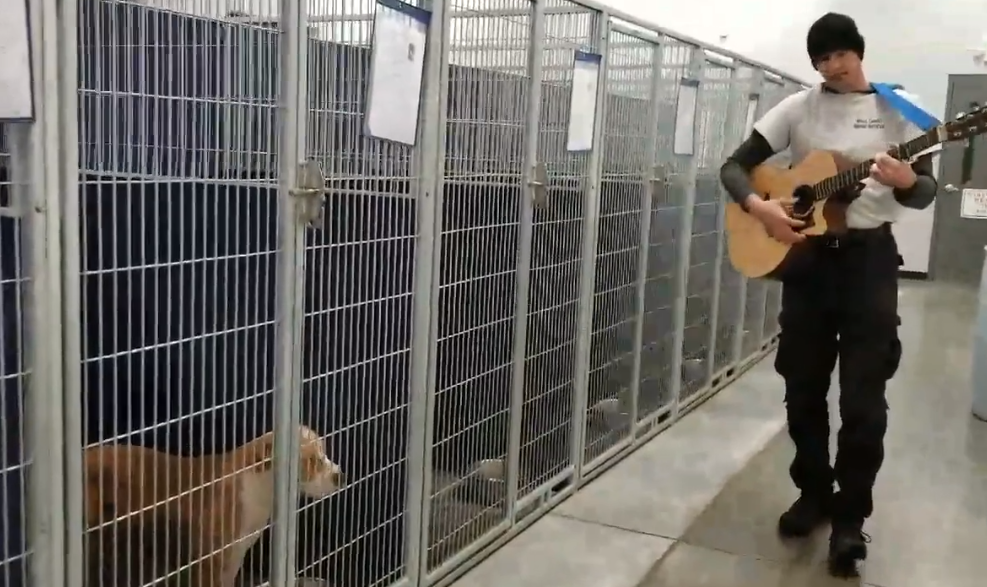 Since the video started making the rounds, several applications have been submitted to adopt the shelter pets.

Watch this sweet video below, and share to spread the wonderful work that shelters do for needy pets!

?Vance county animal shelter is adding on to their enrichment program!! Chad Olds, an animal service officer with Vance county played his guitar to a very eager crowd. The adoption room had never been so quiet and at peace. We plan to continue this program so keep watch for more free concerts ? #VCASpets