Every day pets are lost or stolen from their families, often never to be found again. One local business owner is doing what he can to help.

John Sanfratello is a second-generation pizza maker from Matawan, New Jersey. Recently John was browsing Facebook when he saw a post for a missing cat. Struck by how similar the cat looked to his own cat, who had also gone missing recently, John began to ponder how he could help the woman reunite with her pet. 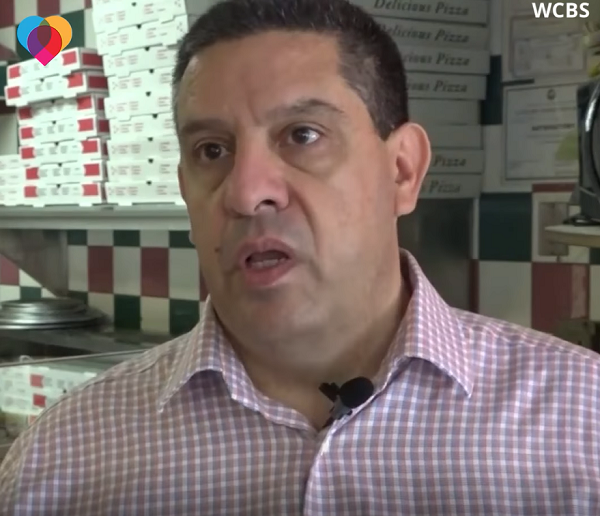 “I saw the post and thought, ‘I really want to help this lady,’ because our cat had gone missing a while back,” he explained. “Ours eventually came back, thank god, but I know what kind of anxiety that can cause — pets are family members.”

As John thought about it, he glanced to his left and noticed a stack of empty pizza boxes that were waiting to be loaded up and sent out for delivery. Inspiration struck, and he realized that one potential answer to the missing pets problem was sitting right in front of him.

“I said, you know what? This will be this generation’s milk carton,” John said. “We used to post missing persons and missing children on milk cartons — why can’t we put a flyer for missing pets on pizzas?”

John went back to Facebook and shared a post letting his customers know about his plan, and the response was overwhelmingly positive. Hundreds of people commented to thank the small business owner for this unexpected act of kindness. 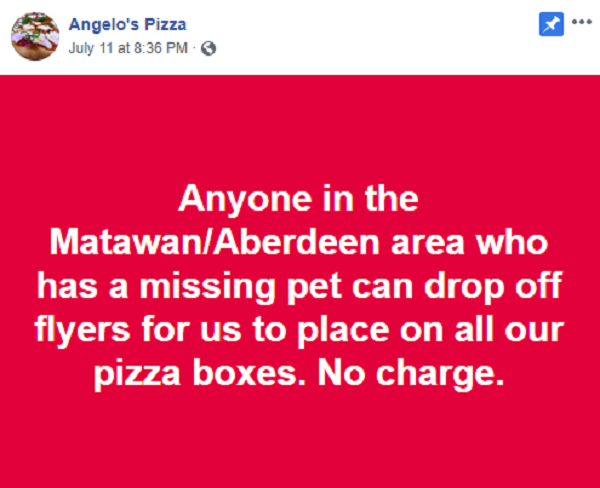 The next morning John woke up to dozens of messages, phone calls, and texts. People as far away as Australia have contacted him to thank him for the effort to relocate missing animals. The first flyer John received was for a missing seeing eye dog, which seemed like fate considering that Angelo’s Pizzeria created and coached the first baseball team for the blind in New Jersey a few years prior. 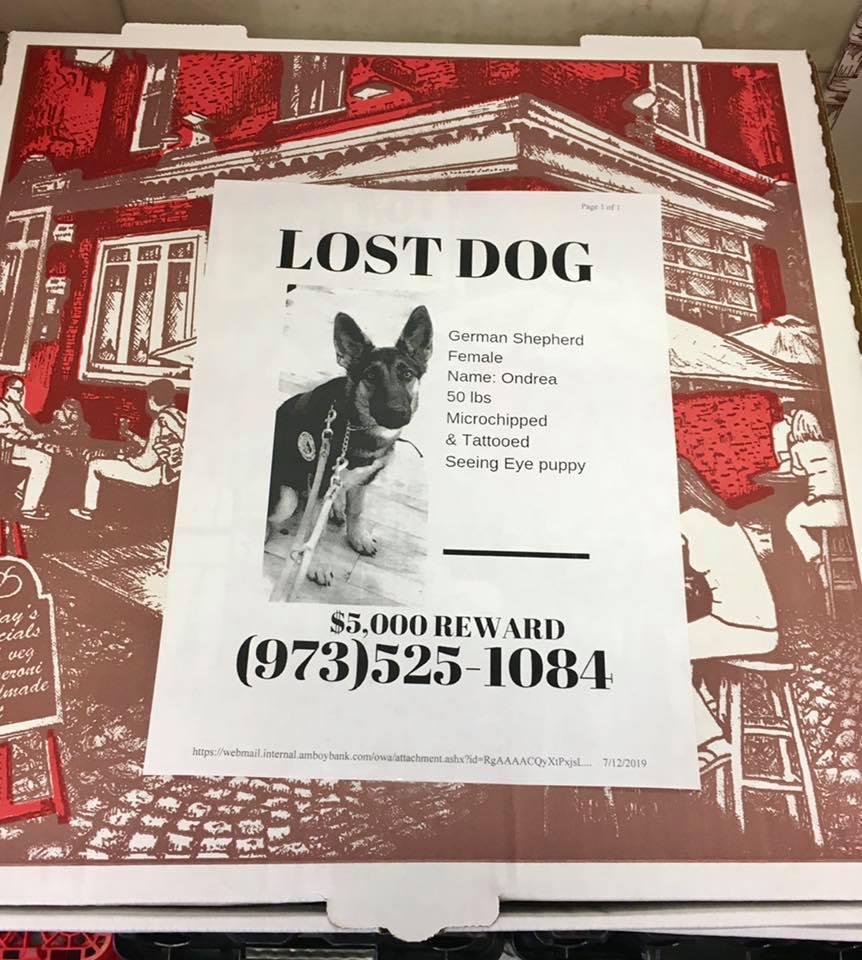 “We coached that team for a few years, so we understand the need for that dog and how seeing eye dogs serve the blind community,” he said. “We’ve done other campaigns for the community — which had great local responses — but nothing like this.”

John’s idea is now spreading to other businesses, including a bakery in Manhattan and Brooklyn and John’s two sisters’ Stuart, Florida restaurant La Forchetta Ristorante. “The only regret I have is that I haven’t done it sooner,” John said. 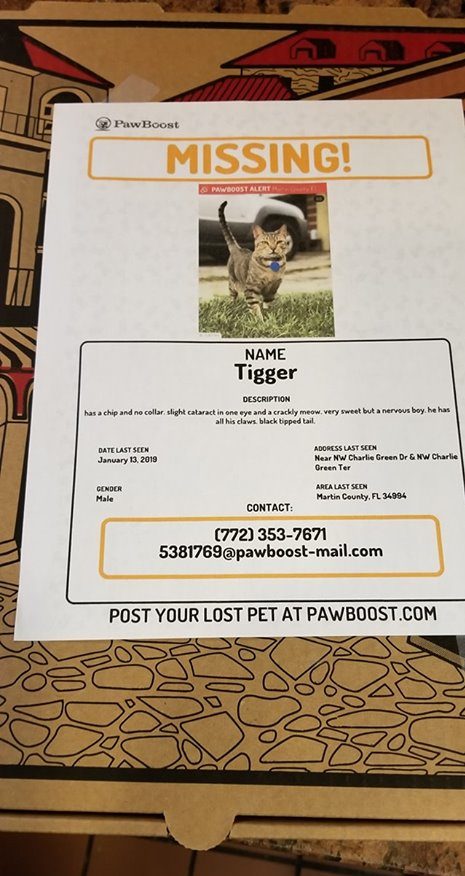 What a clever approach to a troubling issue! We’d never have equated pizza with lost pets before John had his big idea, but it makes total sense. We hope more businesses will follow suit and make lost pets a thing of the past.

Watch the video below to learn more and don’t forget to share.

Pizza restaurant puts missing pet flyers on all of their boxes

PIZZA WITH A PURPOSE: This pizza shop owner was inspired to help pet owners reunite with their lost animals, so he's putting missing pet flyers on all of his pizza boxes ??