Covering a song as iconic as Queen’s “Bohemian Rhapsody” would be a risky move for any aspiring singer. But Angelina Jordan has the voice to back it up.

The Norwegian teen has spent her life exceeding expectations, after all. At just 7 years old, she won “Norske Talenter,” or “Norway’s Got Talent” in 2014. Now, at the ripe age of 13, she’s already on her way to becoming a champion once again. 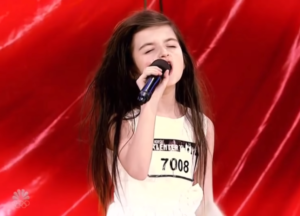 Angelina was among the first to grace the stage in the season two premiere of “America’s Got Talent: The Champions.” As she introduced herself to the judges, the audience couldn’t help but notice that she was standing barefoot. 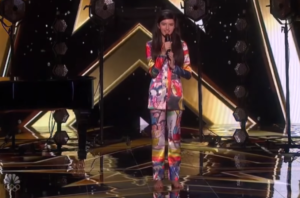 As Angelina later explained, she always sings barefoot for a special reason. When she was 6 years old, she met a girl her age who didn’t have shoes.

“I gave my shoes to her because she had scars on her feet, and it was really cold. So, whenever I’m on the stage I’m always reminded about all the children who don’t have any parents, clothes and shoes. She’s always in my heart.” 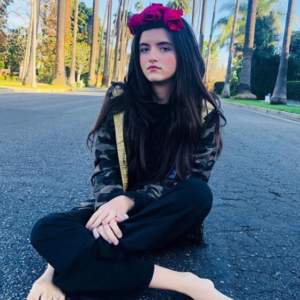 If that touching story wasn’t enough to win the audience over, her audition certainly was! Angelina stunned everyone with a stripped-down cover of the classic Queen hit. Not only did she do the song justice, but she made it her own with hauntingly beautiful vocals. You’d never guess her age listening to her sing! 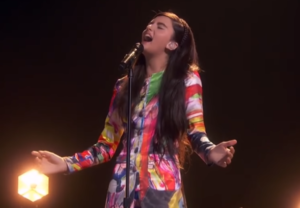 The judges and audience celebrated her breathtaking performance with a standing ovation. As Alesha Dixon put it, “I feel like I am witnessing the birth of something really special — a star.”

“Everything about tonight felt like it came from you,” Simon Cowell added. “The arrangement of the song, the simplicity of it. I’ve never heard that song in that version before. Seriously, this was an amazing performance.”

Heidi Klum didn’t have many words for Angelina, but she said it all when she hit the golden buzzer, sending her straight to the finals! 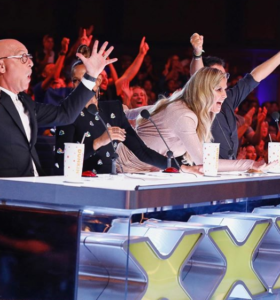 If Angelina is this good at 13, just imagine how she’ll sound in the future! We’re wishing her the best of luck in the competition, though she clearly doesn’t need it at all.

Listen to Angelina’s audition in the video below, and share her amazing voice!