Not everyone can turn a mundane chore into a wholesome favor to others. Then again, Andrew Taylor is a special man.

The 59-year-old toolmaker from Kaiapoi, New Zealand, is among the treasures of the world who do nice things just because. And every canine who frequents his local dog park couldn’t be happier with the man’s latest contribution. 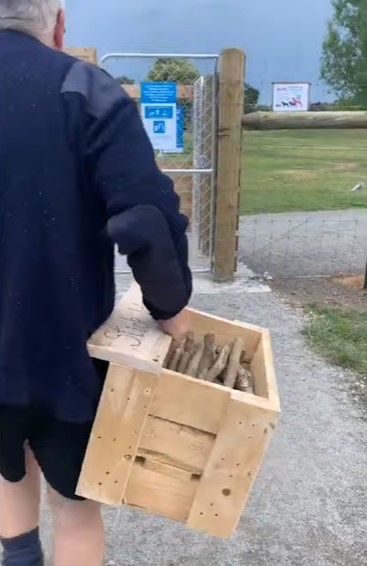 Andrew was trimming the trees at the side of his house one day when a brilliant idea popped into his head. As he looked at the dead branches on the ground, he thought of his dog, Bella, who loves sticks.

A new dog park was opening soon in the area, and there were sure to be other stick enthusiasts visiting as well. The branches would make perfect, reusable toys for them! Andrew collected and sanded them down, then built a box etched with the words “Stick Library.” 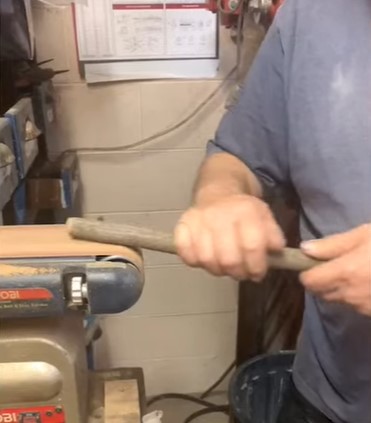 “He decided to call it the stick library because it implied that you return the stick once you’re finished with it,” his daughter, Tayla Reece explained. She helped put out the word about the park’s new addition and shared adorable videos on TikTok of local pups trying it out. 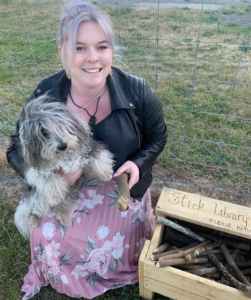 Around 50 people and their dogs were the first to borrow sticks. One man even brought his cat! People couldn’t stop gushing about the simple yet clever idea nobody else had even thought of. 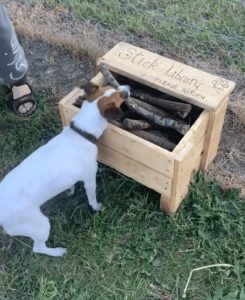 As for the dogs, their sweet, happy faces said everything. We’re sure if they could, they’d thank Andrew for his gift — though a kiss or wag of the tail would work just as well! 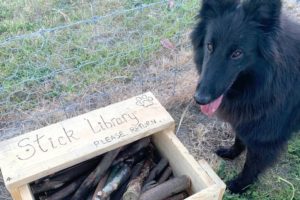 While Andrew sees the library as a fun side project, it’s much more than that. The thoughtful gesture has already brought two- and four-legged members of his community closer together. He’s using his crafting skills to brighten the world, one park at a time.

Check out dogs’ reactions to the library in the video below, and share to spread the idea!