Part of becoming a parent is accepting that sometimes, you have to put your plans on the back burner  — even your own wedding.

Amanda and Edwin Acevedo were looking forward to getting married on the beach this summer before welcoming their son into the world. But little Oliver just couldn’t wait that long. Amanda went into preterm labor on June 14, giving birth to her baby at 30 weeks. He weighed three pounds, 14.6 ounces. 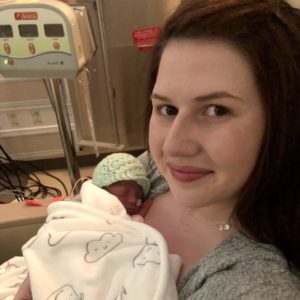 Of course, the couple didn’t think twice about cancelling their wedding plans. They had somewhere more important to be: with Oliver in the NICU at WakeMed Health and Hospitals in Raleigh, North Carolina. He’s stayed there since his birth, though he’s gaining weight and growing stronger every day. 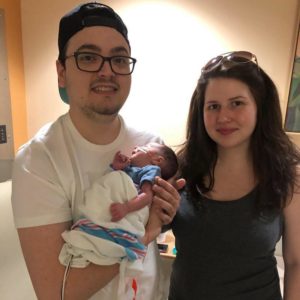 Amanda and Edwin ultimately decided to go simple and tie the knot at a courthouse in August. But when WakeMed family coordinator and chaplain Mallory McKeown heard, she came up with a better idea. She could marry them in the hospital chapel, and Oliver could be there, too — as Mom’s bouquet! 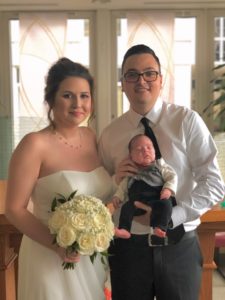 Oliver’s doctor assured Amanda he’d be fine, and that she could even carry him during the ceremony. She was sold, and hospital staffers got to work decorating the baby’s room and getting him dressed up in a tiny suit. Then, a few hours later, the couple’s family, friends, doctors, and nurses gathered to watch Amanda and Edwin exchange vows.

“There was not a dry eye in the chapel, and the room was filled with love and celebration for Amanda, Edwin and Oliver,” hospital spokesperson Kristin Kelly told PEOPLE. “Amanda walked down the aisle carrying Oliver as her flower bouquet.” 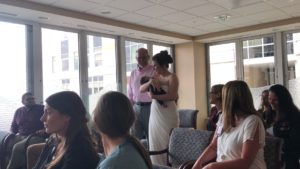 They weren’t just celebrating a union; they were celebrating how far Oliver had come. At the time of the wedding, he weighed nearly eight pounds. And to state the obvious, he was cute as could be. 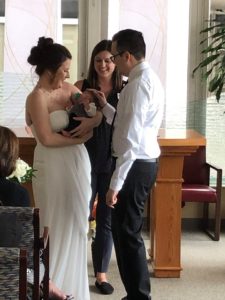 “Could not have asked for a more special or memorable wedding, surrounded by family and the wonderful people taking care of my baby! Thank you WakeMed Children’s for letting Oliver be a part of our day and everything else you do,” Amanda wrote in a Facebook post. 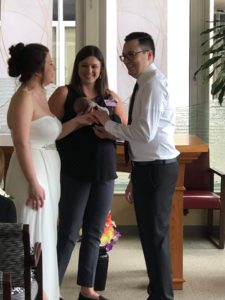 Oliver isn’t ready to come home quite yet, but his parents are hopeful that he’ll be able to very soon. In the meantime, they’re grateful every day for the beautiful wedding they’ll never forget — and, of course, their baby boy.

Share this story to spread the love and brighten others’ days.