Aldo Amenta achieved two huge dreams that appeared out of reach just a few years ago. He graduated from Florida International University, and he walked across the stage to accept his diploma.

Aldo, a native of Venezuela, became a quadriplegic in 2015 after he dove into the shallow end of a pool. It was a life-changing event that sapped nearly all of his energy and ambition, and almost caused him to drop out of the engineering program altogether. 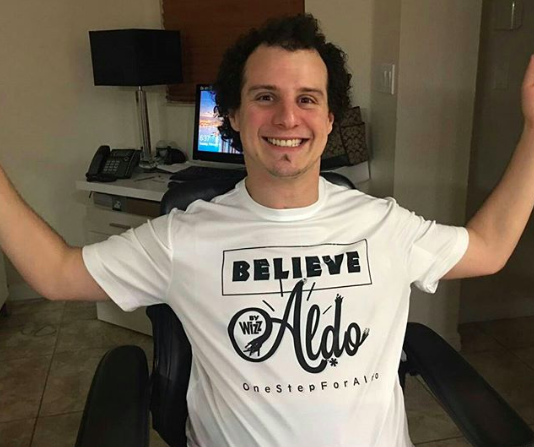 But at the urging of his friends and family, he stayed the course and used a scholarship to complete his studies.

It doesn’t matter how hard you think things are going to be. Maybe you feel that it is impossible for you to make it, but you’ll find people that are willing to help you … That motivated me. That gave me the strength to be able to continue to push myself through and stay positive. 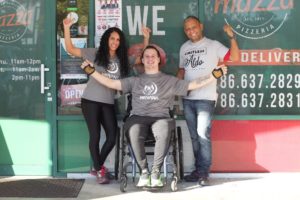 Meanwhile, he continued working with his physical therapist, Guy Romain, and they hatched a plan for him to walk across the stage to accept his diploma. All thanks to the aid of a specially engineered exoskeleton.

In the video below, an aide helps him up from his wheelchair as loud cheers and claps erupt from the audience… 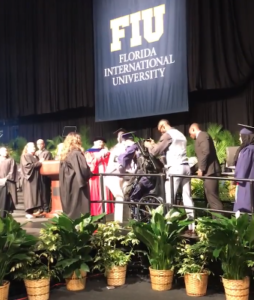 The aide claps him on the shoulders and Aldo takes a deep breath, then the announcer calls his name… and it’s show time! The thunderous applause accompanies him as he walks several steps toward the man holding his diploma, with Guy helping to steady him from behind. 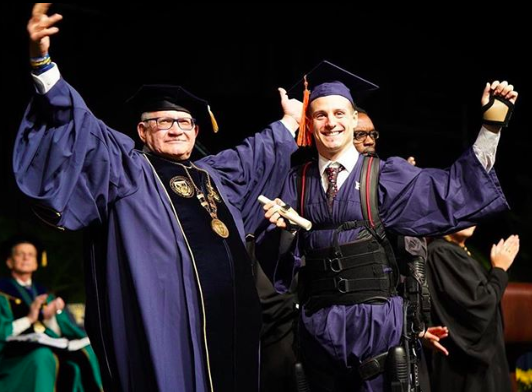 “It was an amazing experience and I feel really honored and proud to have been able to walk across the stage … I would practice long, long hours to be able to take a few steps.”

It’s hard to imagine all the hard work and dedication it took for Aldo to accomplish these feats, but when he set those goals for himself, there was no turning back. His future goals include obtaining a master’s degree, and we look forward to seeing him walk across the stage again in a couple years. 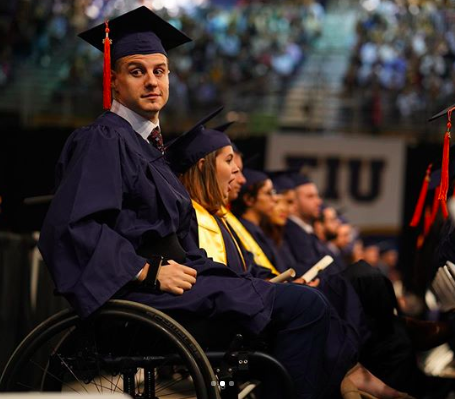 Meanwhile, watch him accept his diploma in the video below, and share to spread congratulations and encouragement.