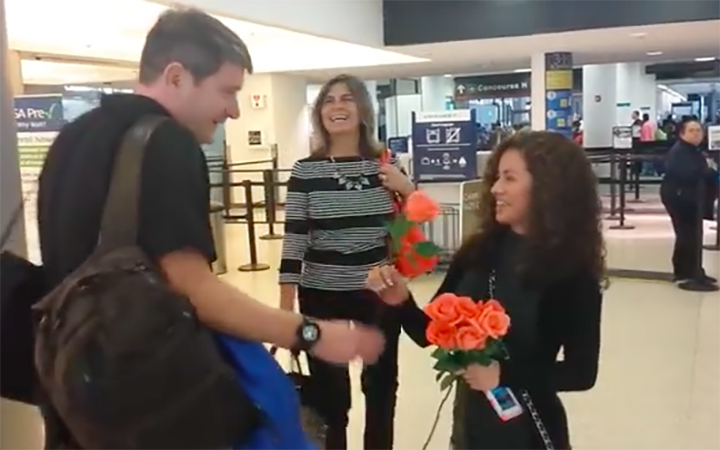 After nearly a year apart from his girlfriend, Air Force member Aaron Vergara knew he didn’t want to spend another minute without her.

Upon arriving home in Miami, Vergara’s plan to secure a lifetime of memories with the love of his life began to unfold flawlessly.With the help of eager volunteers from his flight, Vergara began a spectacle the young woman would never forget. 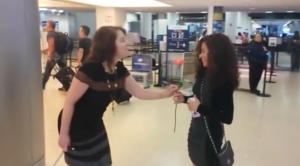 Each volunteer handed Vergara’s girlfriend a single rose as they exited their flight, and some passengers had their own sweet or humorous comments. As the girl responded gracefully to each rose, the anticipation continued to build. 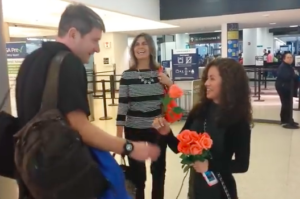 When it was finally Vergara’s turn, he handed her a rose as well. But it did not end there. Once she accepted the rose, Vergara bent down on his knee. He next words expressed his feelings and journey perfectly. 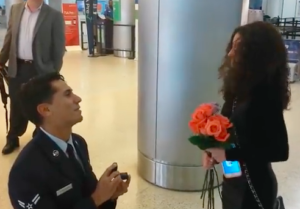 “I’ve traveled halfway around the world and haven’t found a girl like you,” Vergara shared with her. “I can’t live without you. You complete me.”

Then he asked her one very important question, and fortunately, his careful planning was not in vain. She said YES! 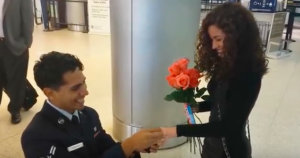 SHARE this story to show your support and thank military couples from around the nation.