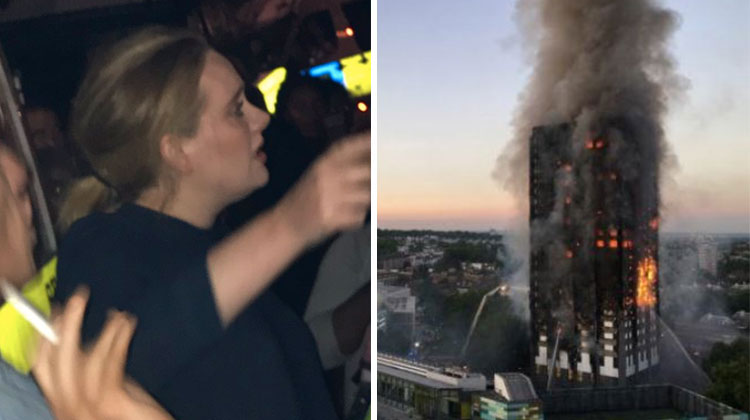 When catastrophe strikes, it’s easy to tweet a message of condolence or Instagram a well-wishing quote. It’s hard to actually go into the fray.

There, at the scene of the tragedy, witnessing firsthand the destruction and grieving alongside mourners, it’s hard. Especially hard if you’re an internationally recognizable superstar like 29-year-old Adele.

But when Grenfell Tower, a 27-floor apartment building that housed up to 600 people in London, went up in flames– killing 17 and injuring over 70 people– the award-winning artist and her husband were quickly on the scene. 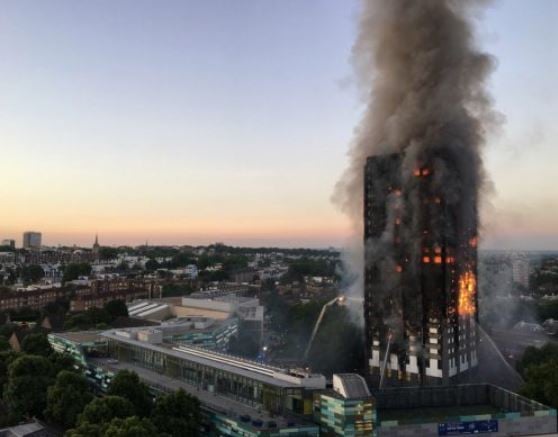 The London-native kept a low profile. Rather than posting on social media or speaking to reporters, she quietly visited Grenfell Tower just hours after firefighters put out the flames. She was visibly distraught as she gave hugs to strangers, sharing in their grief.

Adele near the #Grenfell Tower in an Abaya. Respect to you. pic.twitter.com/7GAb1Dpels

She was dressed in subtle clothing– far different from her typical glitz– clearly there only to offer support and love.

The fact that Adele has gone to Grenfell tower and not said a word about it just proves how amazingly sincere she is.❤️

Just spotted @Adele and Simon Konecki visiting the Grenfell Tower, she was dressed in an abaya. Respect to both of you. #Adele #grenfelltower #simonkonecki

During London’s Westminster attack, Adele was out of the country on tour. That night, she told fans that all she wanted was to be at home with friends and family, saying:

Today there was a terror attack in my hometown of London. I’m literally on the other side of the world and I want them to see our lights and to hear us.

It’s very strange not being home, all I want to do today is be at home with my friends and family. All of them are fine but there are four people the death count was four at the time who aren’t fine so let’s dedicate this to them tonight.

This time, she did not miss the opportunity to show love to her city.