Fighting crime is one of the most difficult jobs on the planet. It’s even harder when the “bad guys” live right inside your own body.

When Abigail Arias of Freeport, Texas was just four years old she was diagnosed with Wilms Tumor, a form of kidney cancer. The little girl fought the cancer bravely, enduring 80 rounds of chemotherapy and radiation over just 7 months. After achieving remission, her family was thrilled to see her ring the bell in the oncology ward to proclaim herself cancer free.

Sadly, Abigail’s cancer would not stay at bay for long. Within just a few months, her cancer had returned with a vengeance, showing up in both of the child’s lungs. Repeated chemotherapy proved ineffective this time, and at just six years old Abigail finds herself out of medical options. Her doctors now say there’s nothing more they can do.

As the Arias family tries to fight Abigail’s cancer with holistic and nutritional approaches, they’re also doing what they can to make the time they have left with their daughter as joyful as it can possibly be. When Abigail expressed an interest in becoming a police officer so that she could fight the “bad guys” in her body, the family approached Freeport Police Chief Ray Garivey who vowed to make her wish come true. 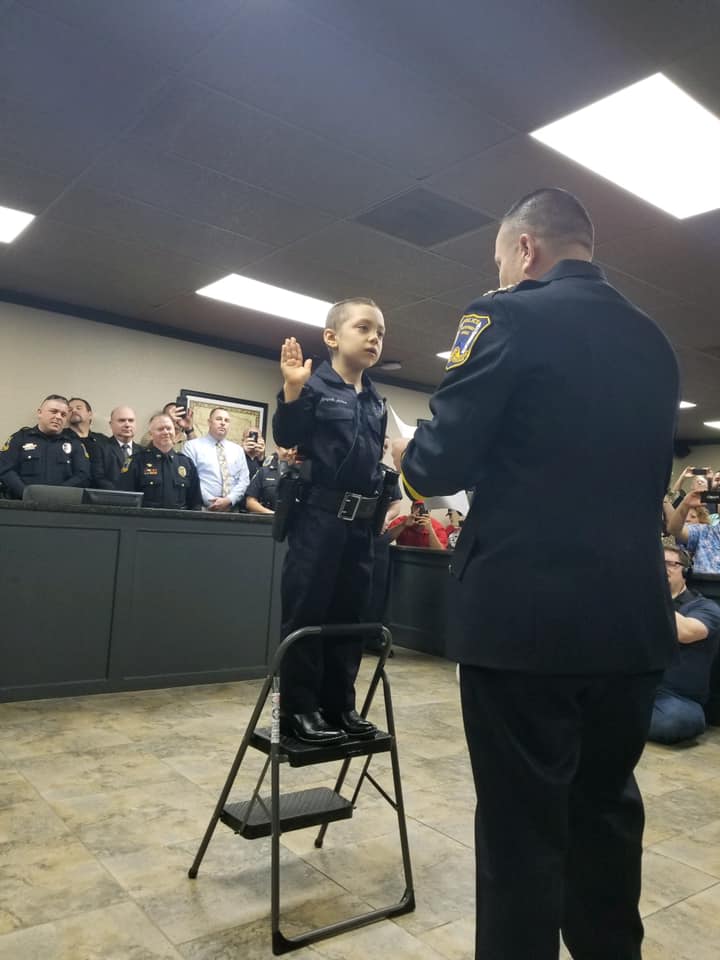 On February 7th, Freeport Police gathered in the station for a very special ceremony to initiate their newest “honorary” police officer. Abigail was given an official uniform adorned with donated patches and challenge coins. 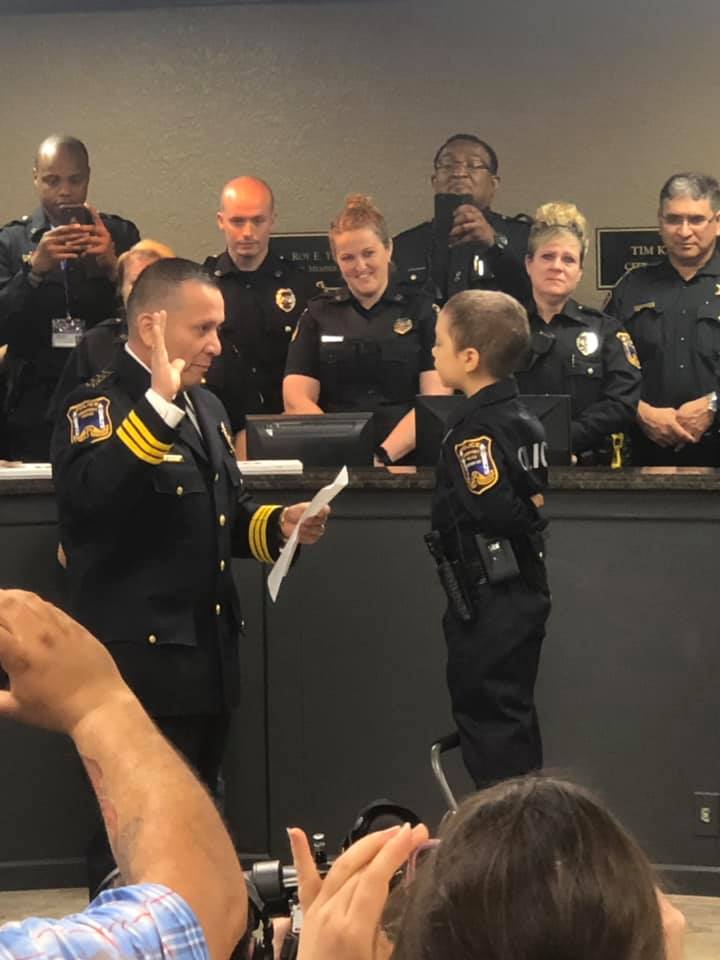 As she stood among the uniformed officers and town officials, Abigail’s face was serene and her back was straight. She proudly recited the oath the police chief read to her, taking every word seriously and confessing later, “It felt neat inside my heart and inside my body; I felt excitement and all of the love.” 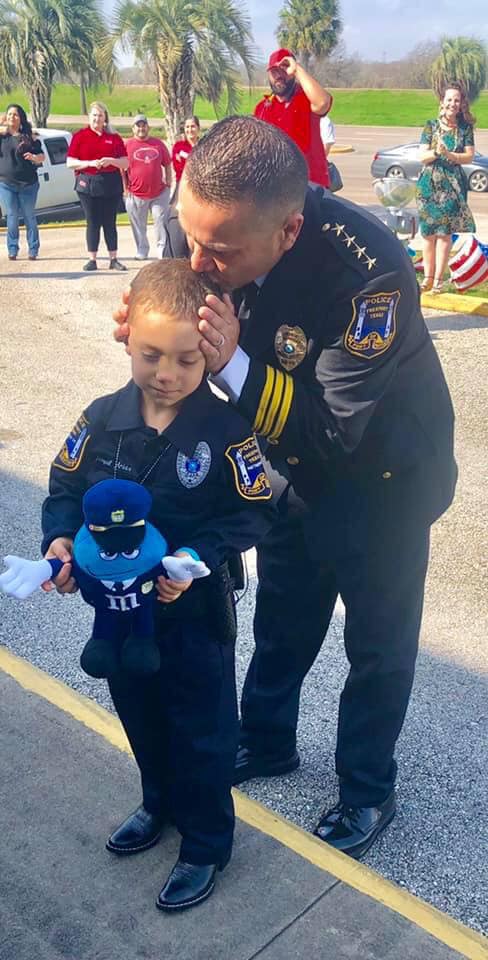 Chief Garivey was visibly moved as he swore in the tiny rookie officer, choking back tears as he read the oath aloud. You can tell he’s grown so fond of the child in the short time they’ve known one another, and it’s impossible not to feel emotional when you see a sweet kid like Abigail who’s fighting for her life every second of the day.

After the ceremony, the family stuck around the police station and enjoyed cake and good company as they celebrated Abigail. 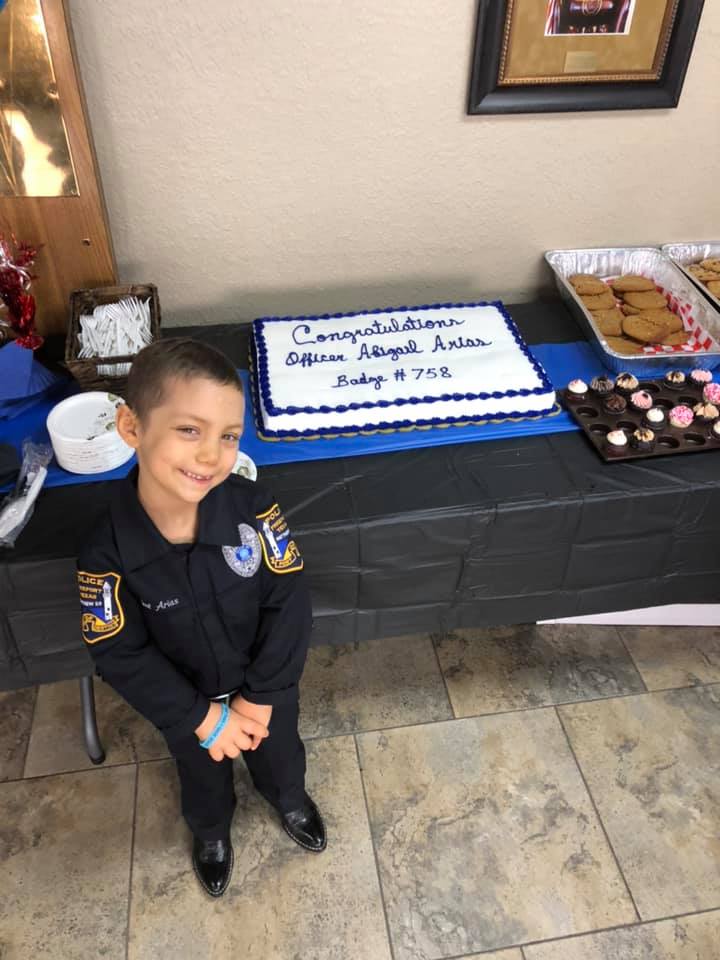 Abigail’s parents, Ruben and Ilene Arias, say that they remain hopeful for a miracle that will save their daughter. Their strong faith has helped them throughout the diagnosis and treatment, and they continue to think positively as they face dire days ahead.

“We believe in God,” Ruben said. “The doctors can say what they say medically but we know that God is the one that has her destiny in his hands.” 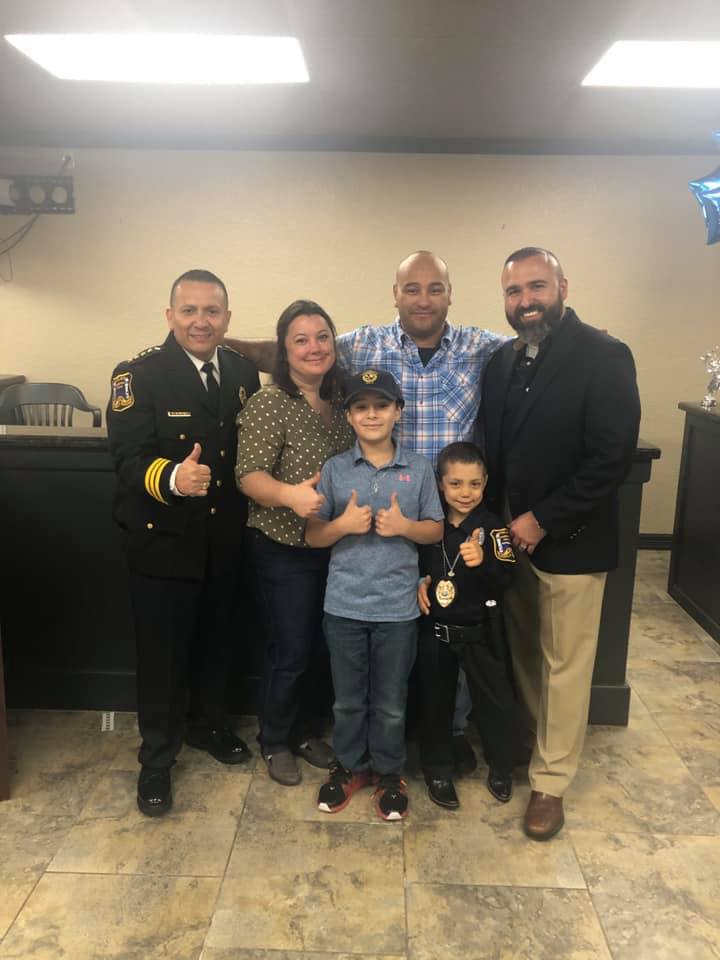 After the Freeport PD shared a video of Abigail’s swearing in on Facebook, her story went viral online. Donations are now pouring in to the family’s GoFundMe campaign and people everywhere have been moved by this tough little girl’s decision to fight her cancer head-on.

A police chief in Texas was brought to tears when he swore in a 6-year-old girl as an honorary officer. She has an incurable cancer, and wants to become a cop so she can fight the "bad guys in her body" 💖 https://cbsn.ws/2WREccH