Many of us grew up hearing this all too familiar phrase from our fathers: “We’re never getting a dog.”

But the thing is, dogs are incredibly special creatures whose love can open hearts and minds in an instant. Even the most self-proclaimed “anti-dog” people have changed their minds after coming face to face with man’s adorable best friend. Just take these 23 dads who fell head over heels for the pups they insisted they didn’t want. 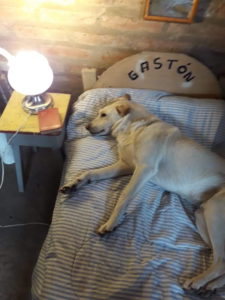 2. The dad who wanted nothing to do with his family’s new dog, Chandler… then created an Instagram account just for her.

Merry Christmas Eve from dad and his dog

3. “He’s never been a dog person. Ever. And now my dad takes Yuki sailing and talks to her wherever they go.” 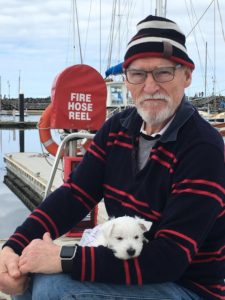 4. The dad who now gets more excited for “walkies” than his “unwanted” dog.

“I am not having a dog in this house”- Dad😭have u ever seen anything so precious I’m crying pic.twitter.com/7CadXKbgT8

5. “My dad didn’t want a second dog. Now they have matching pjs.” 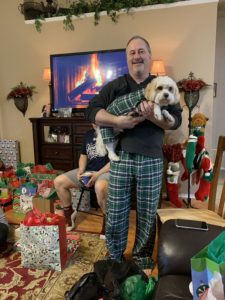 6. This dad opted for matching sweaters, instead.

A couple of months ago my dad didn’t want a dog, now he’s in love with Theo 😂 they even got matching sweaters pic.twitter.com/uKipeOMxBI

7. “My dad dressed ‘the dog he didn’t want’ in my childhood dress he kept for his first grand daughter.” 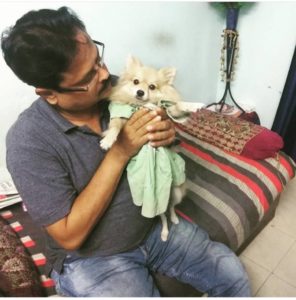 8. The dad who can’t remember life before he met his soulmate.

9. The dad who tells people he’s “not much of an animal person.” 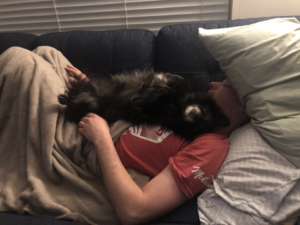 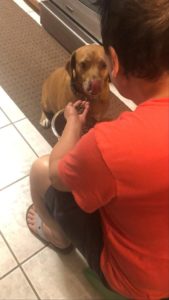 11. The dad who quickly turned from dog hater to dog umbrella.

Dad: "We are NOT getting a dog and that's final!"

12. The dad who was firmly against adopting another dog can’t get enough cuddles these days. 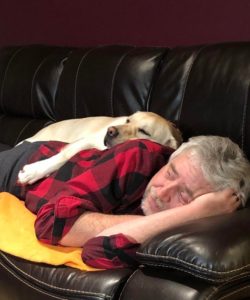 13. The dad who happily became a chew toy for the puppy he swore would never enter his house.

my dad: I don’t ever want a dog in this house

14. – Husband, one year ago, “We aren’t getting a dog.”  -Husband, two days after we acquired this little squirt, “Awww, she keeps crying, can’t she just sleep with us?” 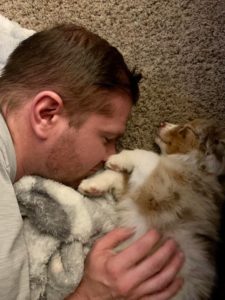 15. “My dad ‘a dog that small isn’t a dog it’s a rodent!!’ Also him ‘I got him two new winter coats so he’s not cold but make sure he eats the lunch I made him before he goes out.'” 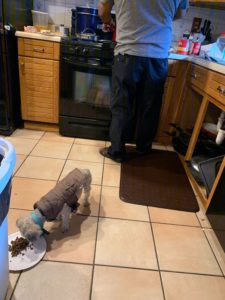 17. “My dad claims he doesn’t love our dog, but he built this end table with a little hut for her. If that’s not love, I don’t know what is.” 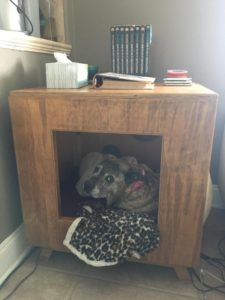 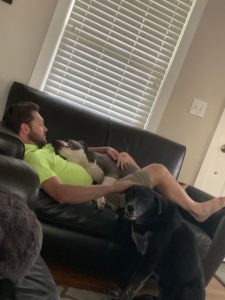 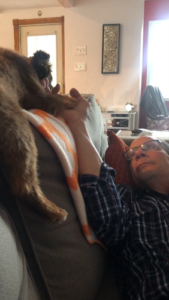 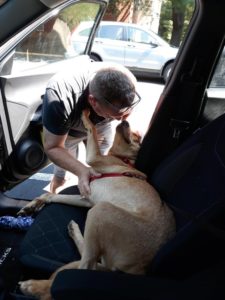 21. “‘We’re not getting a dog!’ Says the man who now matches his suspenders and the dog’s collar.” 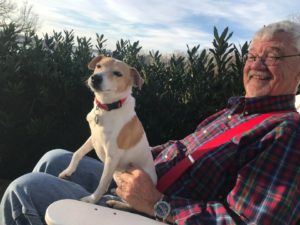 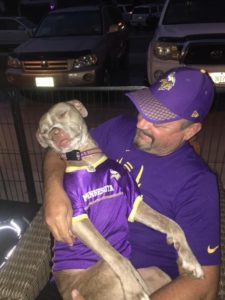 23. This is definitely a man who hates dogs. 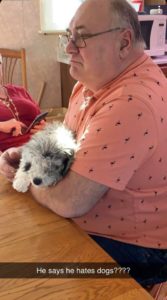 Who could blame these dads for falling in love with all those sweet, furry faces? They never had a chance! But something tells us they’ll always be grateful they were proven wrong.