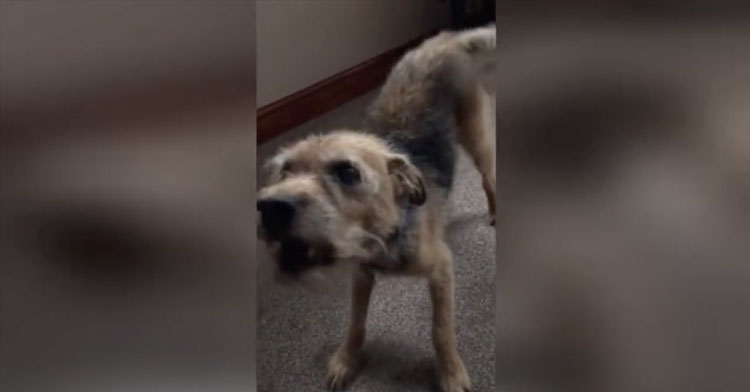 It doesn’t matter if you’ve been gone four minutes or four weeks, dogs miss you when you’re gone, and they’re not afraid to show it.

Alice’s university studies have kept her away from home for the last four weeks, and her 17-year-old rescue dog Buster’s been coping as well as he can. What he doesn’t know is that she just returned home, and as we all know, the best way to lift anyone’s spirits is to launch a surprise. Especially if you can catch your “victim” off guard. 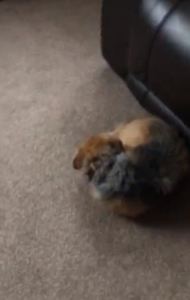 Buster’s deaf, though, so calling out his name isn’t going to do any good. Instead, she comes up and gives him a little tap on the neck. Once this sweet woofer shakes the cobwebs out of his eyes and recognizes her, you’d think his reactions would be limited. Maybe a few happy yips, a few licks on the face for good measure.

But Alice is like a walking, breathing fountain of youth! Years fall away just at the sight of her and he reverts to his puppyhood, whimpering and wiggling just like the younger version of himself. He even throws in some play bows just to make sure she catches his drift… 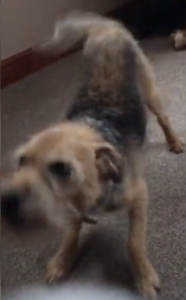 Buster’s been with the family since he was four years old, but Alice says her mother passed away last year, and ever since, “he is very attached to me. I live away from home for uni though so I only see him every few weeks. He gets very excited to see me because I am his favourite.”

Watch Buster’s dreams come true in the video below, and share to spread smiles!