When Susan Mahan began fostering her son Owen, she almost couldn’t believe he was still alive. At just 2 years old, the sweet little boy had suffered a horrific accident that changed his life forever.

He supposedly fell into a tub of boiling water and burned 98 percent of his body. In the years since, the now 12-year-old has endured dozens of surgeries and had both legs amputated. But he isn’t letting that keep him from living his best life! 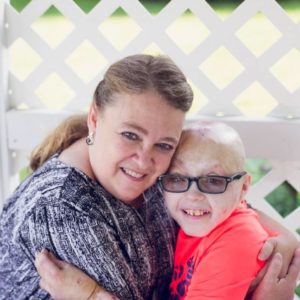 “Wherever Owen goes, his smile and zest for life inspires people,” Susan said. “He is always positive and tells me the good things that surgery brings for him. I truly believe he was left here to do great things.”

And he is! He’s defied the odds time and time again. Just ask his doctors. 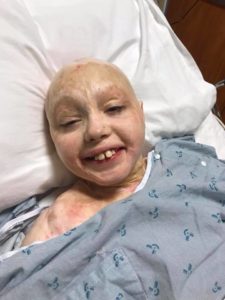 They told Susan the little boy she eventually adopted would never talk, walk, or run. And today, Owen isn’t just doing those things — we’re pretty sure he’s doing them better than we are!

The determined sports fan even competed in the 2019 Indianapolis Mini Marathon with a family friend, which is where he met Joshua De Jong, the president of triathlon club Tri-Loco Indianapolis.

“When I introduced myself to him he was all smiles, oozing with positivity and absolutely excited to be there and around the event, despite the cold, wet, rainy conditions,” Joshua said. “I was also inspired by his fearlessness of being at such a large event and taking on the challenge.” 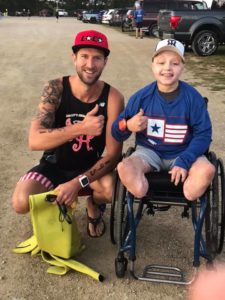 Over the past year, Joshua has also worked with Ainsley’s Angels of America, a nonprofit that promotes the inclusion of the special needs community in endurance sporting events. Through the organization, Joshua and Owen teamed up so Owen could overcome an even bigger hurdle: a triathlon in Muncie, Indiana this September. 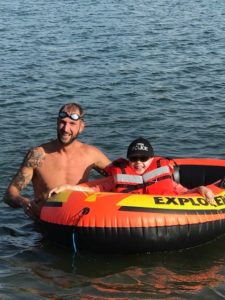 On the big day, the two set off together! Joshua pulled Owen behind him during the cycling and swimming portions of the race, steadfastly carrying the boy to each new phase. 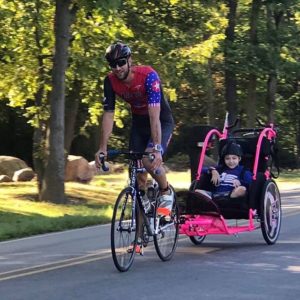 When they reached the final leg, Joshua brought Owen in front of him and pushed him for several miles. But before crossing the finish line, Joshua stopped. It was Owen’s time to shine! 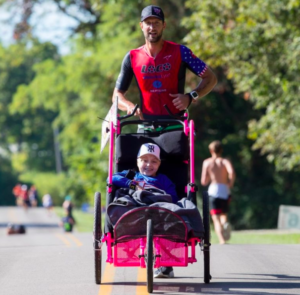 The young triathlete got up and began running as everyone watched, cheering the grinning boy on. He completed this big obstacle with endurance and strength, coming in first for his age group.

Joshua was inspired by his determination. “There are very few people with as much of a positive outlook on life as Owen,” he said. “I know that he can inspire others of all abilities, and we are just scratching the surface. It was an exciting moment, for sure.” 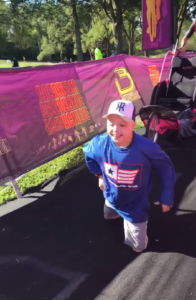 We’re so impressed by all this 12-year-old has already overcome, and he has so many years ahead of him. He does require ongoing medical care, so if you’d like to help out, consider donating here. Congratulations on a great race, Owen! We can’t wait to see what you do next.

Watch as Owen conquers his first triathlon in the video below, and share to inspire others with his story.

Posted by Ifowencanwecan on Saturday, September 14, 2019