When you’re a kid, the best part about Christmas is waking up to a pile of presents with your name on them. For parents, it’s seeing their children’s happy faces when they rip open their gifts.

But every once in a while, we witness the opposite: a child with an old soul who finds no greater joy than in surprising their mom or dad with something they really want. One 11-year-old boy plotted just that in the months leading up to Christmas in 2016… and his dad’s reaction is too sweet. 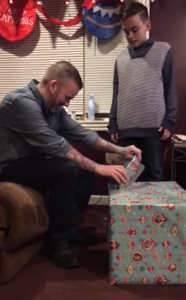 This thoughtful kid noticed how much his dad coveted a certain gaming console, so he began saving up all his money, including the cash he received for his birthday. When the holidays rolled around, he presented his father with a big, wrapped box while a family member recorded.

What’s this? A new saucepan? 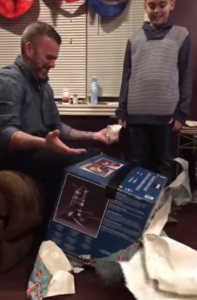 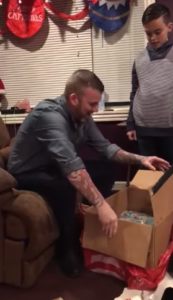 At last, Dad reaches the end of the box-ception. As he rips open the final pieces of cardboard, the boy’s mom says to him, “That’s why he asked for money for his birthday, so he could buy you this gift.” 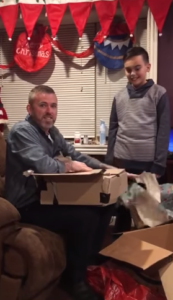 That’s when he finally sees what his son selflessly spent all his birthday money on — a brand new (and very expensive) PlayStation 4! He can’t believe it at first, saying “you didn’t buy this,” to which his son happily proclaims, “yes, I did!” 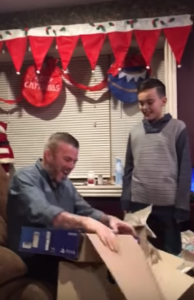 Dad is all smiles as he reaches out to hug his son, clearly stunned by the kid’s generosity. 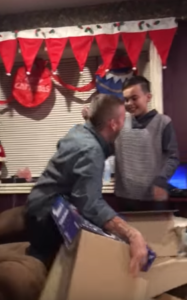 The boy’s uncle, Jimmy Penna, uploaded the video to YouTube, where it racked up millions of views. Below the clip he wrote, “my nephew is the most selfless person I know and did this genuinely to make his dad happy. He does stuff like this all the time.”

It’s hard to disagree with that description. Few children that age are half as altruistic. Watch as the little boy eagerly gifts his unsuspecting dad below, and don’t forget to share.