Now and then, teachers see talent in their young students years and years before the kids themselves will ever realize their own potential. A child may feel like a failure because she’s behind on her reading comprehension, but her science teacher may see a future doctor.

Teacher Jane Broadis recently gave her students a writing assignment that she thought would spark some creativity. One student’s project, in particular, completely blew her away with not only its creativity but also its beautiful message. 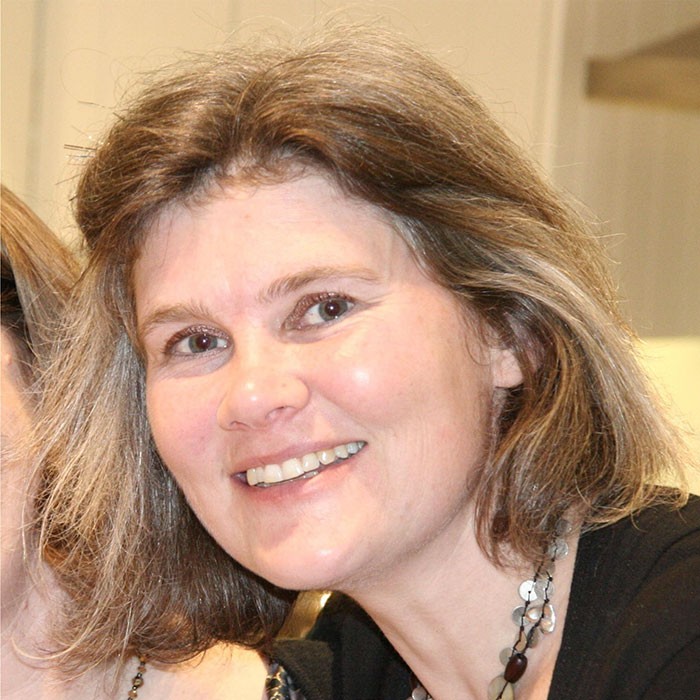 Jane was having her 10-year-old students look at poems that could be read forward and backward and asked them to write one of their own. One student turned in a poem she titled, “Dyslexia” which tells two very different stories.

Jane was so moved by the poem that she shared it on Twitter, hoping it would gain some attention and raise awareness.

I am stupid.
Nobody would ever say
I have a talent for words

I was meant to be great.
That is wrong
I am a failure.

Nobody could ever convince me to think that
I can make it in life. 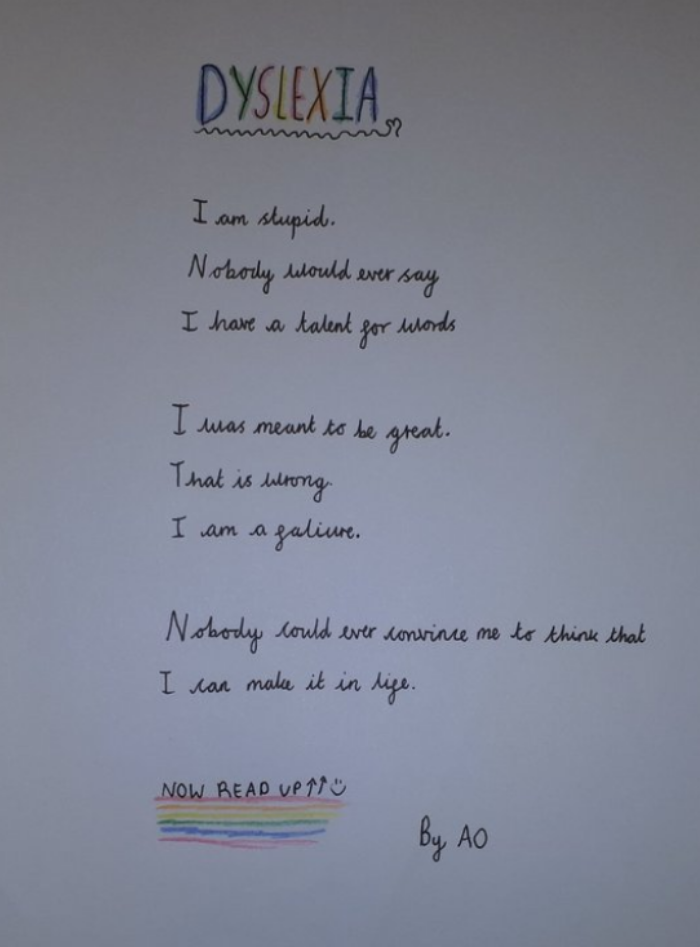 At first, the poem seems like the heartbreaking story of a child with dyslexia struggling to find confidence.

However, backward the story has a completely different message:

I can make it in life.
Nobody could ever convince me to think that

I am a failure.
That is wrong
I was meant to be great.

I have a talent for words
Nobody would ever say
I am stupid.

Backward the poem tells a story of hope, determination, and confidence. Not only is the message beautiful, but the way it was written is a perfect representation for how those with dyslexia see things — just a little differently.

The now-viral poem has been retweeted more than 53,000 times and liked by over 175,000 people! While there’s no word on whether or not a publisher has reached out, it’s clear that this work has impacted people all over the world.

Whoever 10-year-old “AO” is, we hope they know how bright and talented they are because this one simple poem has already made a world of change for thousands of people.

Feeling inspired? Be sure to spread the love and share this article with your friends!